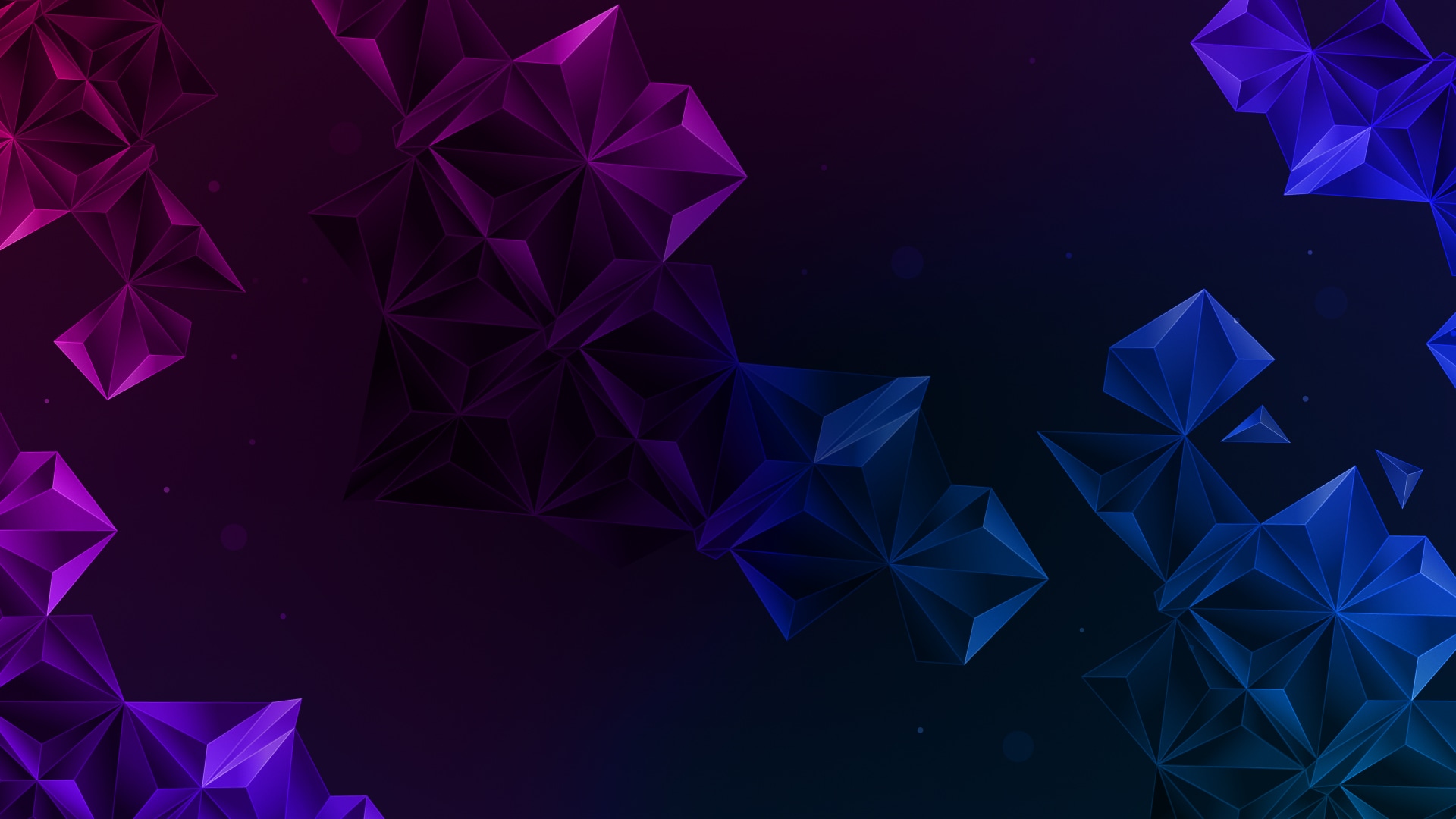 As part of this effort, we’ve been stress-testing the engine against different workflows, making it applicable to more sectors. 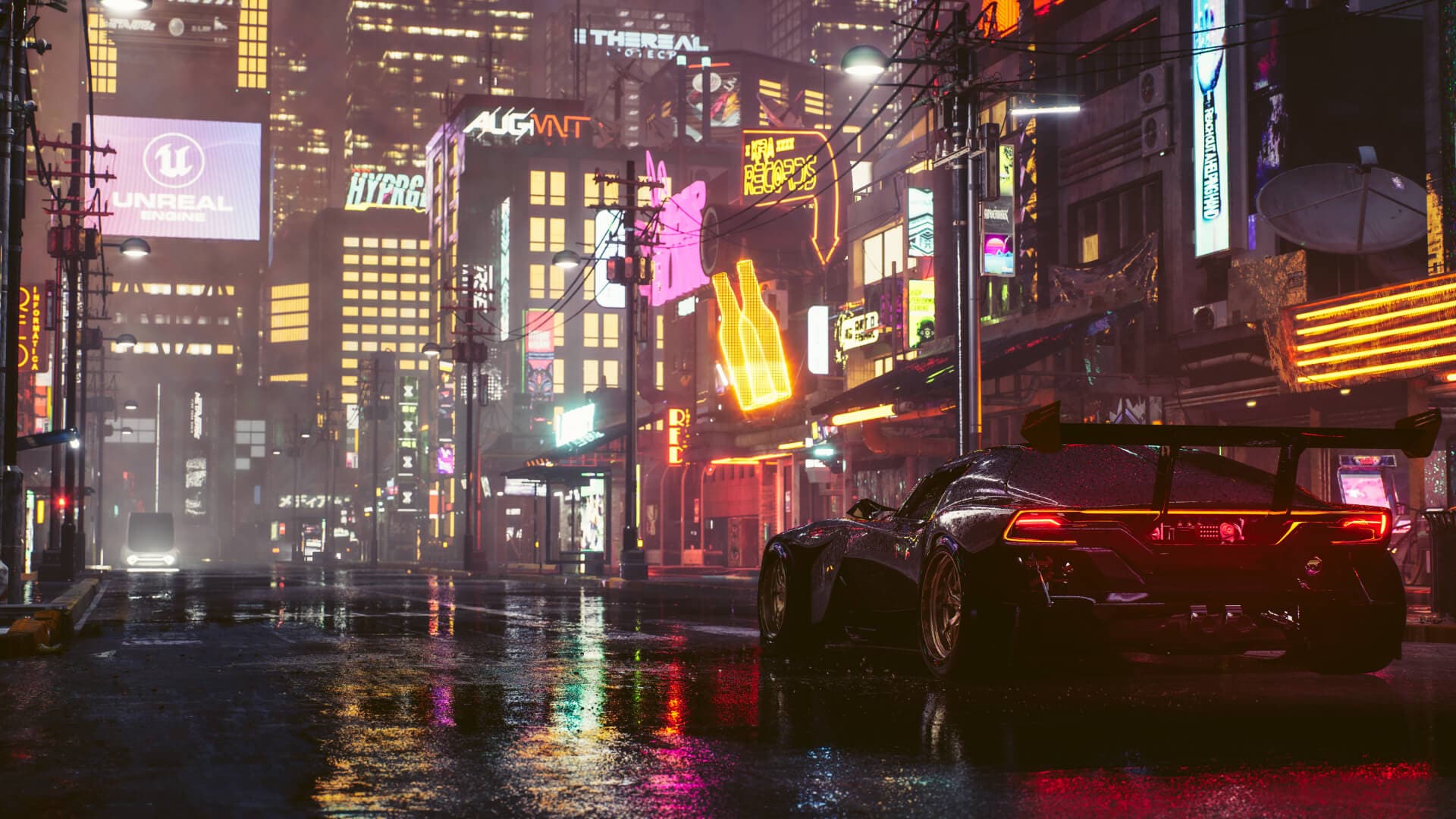 Meanwhile, Nanite has also been updated with a Programmable Rasterizer to allow for material-driven animations and deformations via World Position Offset, as well as opacity masks. This exciting development paves the way for artists to use Nanite to program specific objects’ behavior, for example Nanite-based foliage with leaves blowing in the wind.

This release adds a number of features to improve efficiency for developers of games and other large-scale interactive projects, helping teams be more productive.

With Virtual Assets, we’ve decoupled the metadata from the object data, enabling developers to sync only what they need from source control systems such as Perforce—resulting in smaller workspaces and faster syncs for developers who don’t need access to the full object data. Initially, this feature will support textures and audio assets, with the intention to add more types in the future.

All developers and creators will benefit from on-demand shader compilation—where only the shaders needed to render what is seen on screen while working in the Unreal Editor, and optionally during platform development iteration—are compiled. On large projects, this can result in significant time savings and increased interactivity.

In this release, we’ve continued to enhance tools for building massive open worlds with additional functionality and improved workflows.

Meanwhile, you can enjoy accelerated source control workflows with World Partition, thanks to an improved user experience around managing, filtering, searching, and viewing files and changelists. We’ve also made it easier to find content in the World from within your changelists, and vice versa.

In addition, new HLOD (Hierarchical Level of Detail) support for water rendering and streaming means you can create large water bodies with better performance and a smaller memory footprint. 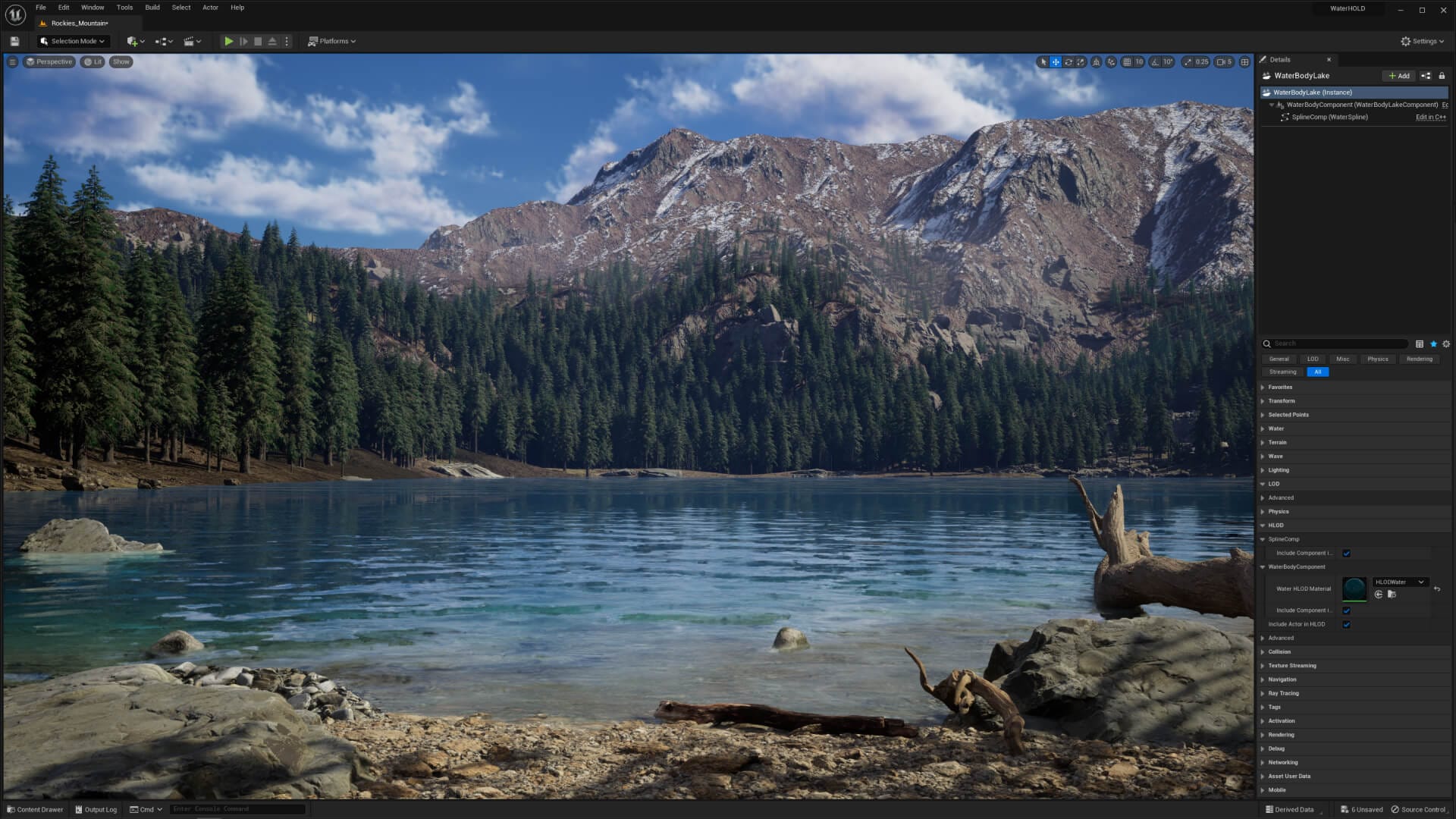 Unreal Engine 5.1 sees significant improvements in performance and usability for in-camera VFX workflows that apply equally to the broadcast and live events space.

Stage operators working in fast-paced, high-pressure environments will welcome a slew of enhancements, starting with a new dedicated In-Camera VFX Editor that supports a range of workflows specifically tailored for the tasks they need to carry out. No more hunting through the Outliner for specific objects and controls! The panel also features an improved Light Card system that presents a preview of the nDisplay wall and the light cards on it, enabling operators to intuitively and efficiently create, move, and edit light cards, and to save templates. 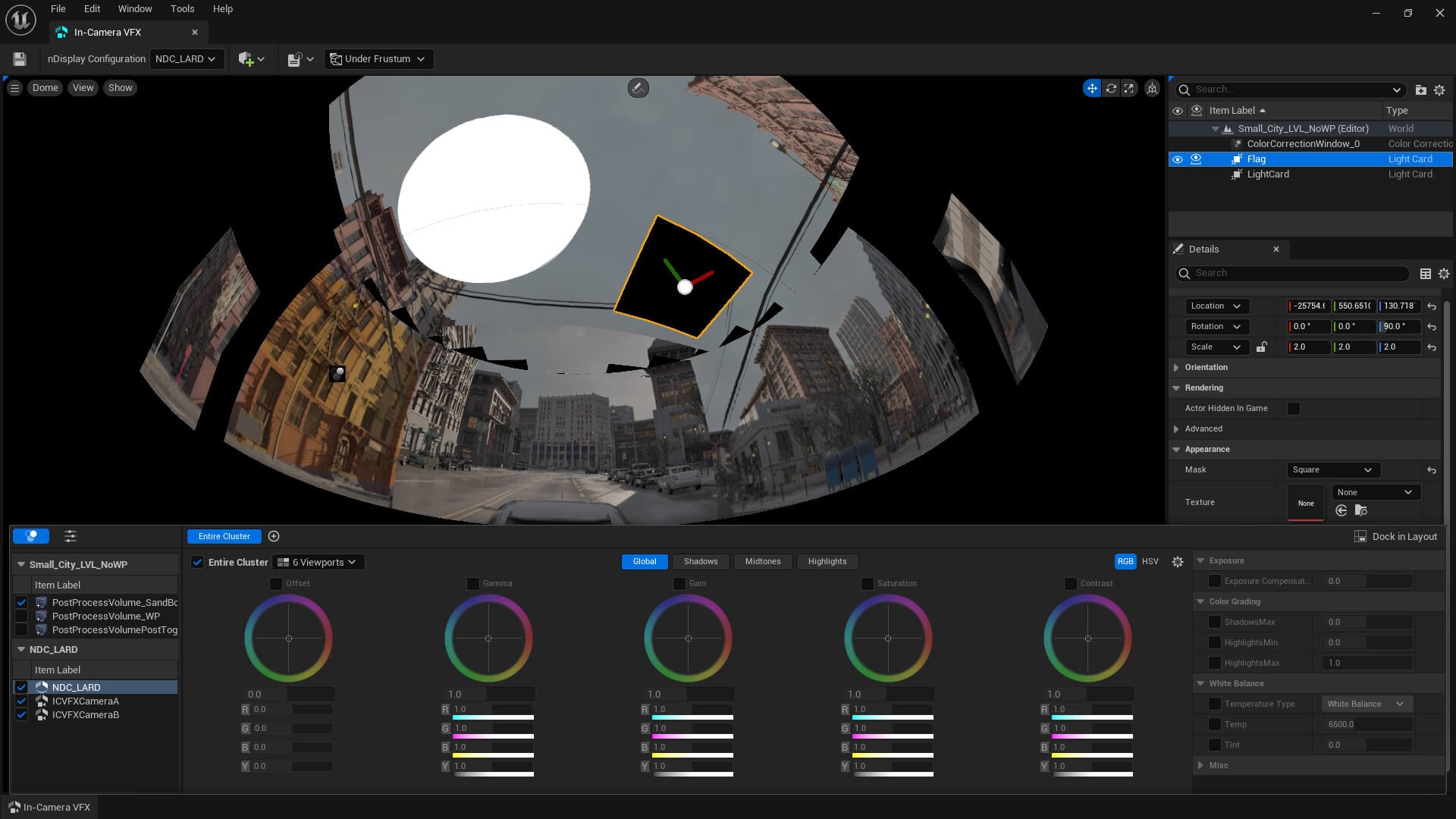 Other key enhancements include Color Correction Windows (CCWs) that enable the adjustments to be applied exclusively to anything behind them, and the ability to apply color corrections per Actor, reducing the need for complex masking.

Working with media in engine is significantly faster and easier thanks to a new Media Plate Actor that enables you to simply drag and drop footage from the Content Browser, while you can now play back uncompressed EXRs both in engine and with nDisplay with the appropriate SSD RAID.

Meanwhile, VCam has been overhauled with a new underlying system that now utilizes Epic’s Pixel Streaming technology for improved responsiveness and reliability, and an updated UI with a modern camera-focused design that will be more familiar to camera operators.

For more details on what’s new in Unreal Engine 5.1 for the media and entertainment space, see our special blog post on the topic.

All creators can benefit from our continued efforts to improve and extend Unreal Engine’s built-in rigging, animation authoring, and modeling toolsets in this release, reducing the need for round-tripping with DCC applications. Here are some of the highlights.

Now in Beta, the Machine Learning (ML) Deformer enables you to create high-fidelity approximations of complex proprietary rigs—or any arbitrary deformation—by using a custom Maya plugin to train a machine learning model, which in turn runs in real time in Unreal Engine. Other character deformation improvements include enhancements to the Deformer Graph Editor for easier graph creation and editing. 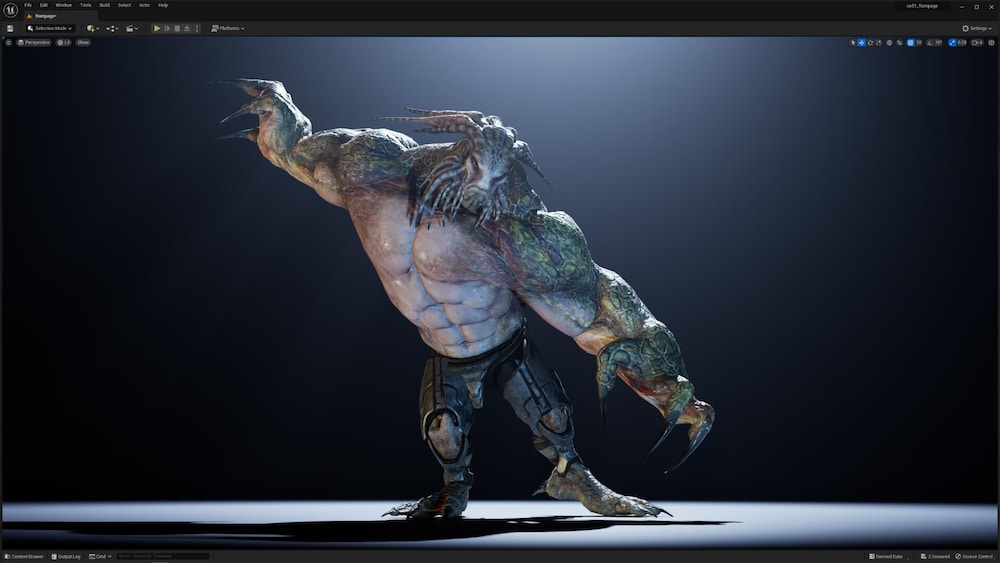 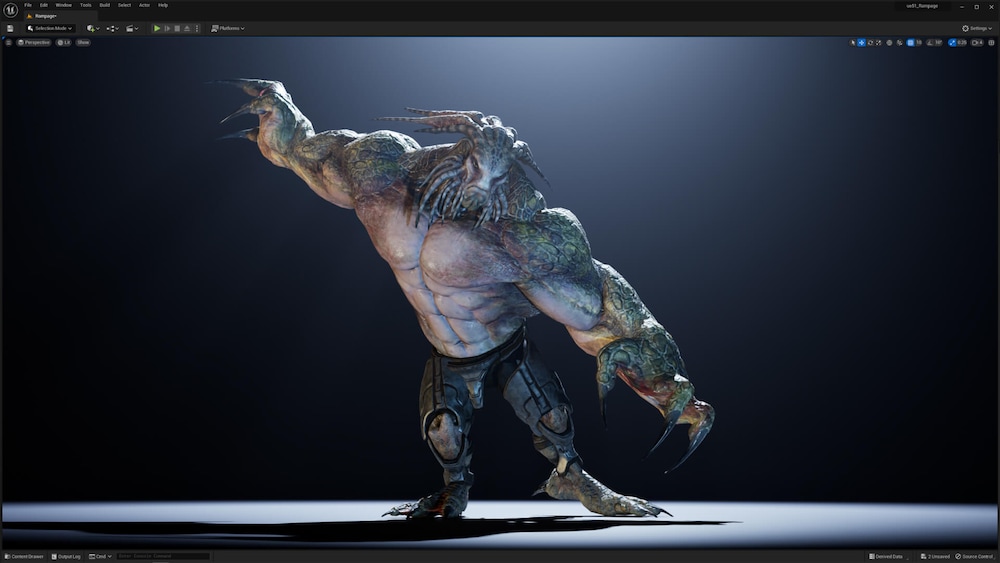 Machine Learning Deformer (left) vs. linear skinning (right)
On another front, Control Rig continues to expand toward fully procedural rigging with many updates to the core framework, including a new Construction Event that enables you to generate rig hierarchies via a graph, and Custom User Events for creating and triggering rig events such as “Snap FK to IK.” With these updates, you can automate rig creation for characters that may have different skeletal proportions and properties.

Producing professional interactive sound is now faster and easier, so sound designers can focus more of their time on the key areas that matter the most in a project.

MetaSounds updates include additional node types, together with support for various multichannel output formats, and the new ability to show feedback on real-time node connections.

In this release, a number of artificial intelligence (AI) tools introduced in UE 5.0 move out of Experimental status: Smart Objects and State Tree to Production-Ready, and MassEntity to Beta.

MassEntity is a gameplay-focused framework for data-oriented calculations that enables you to efficiently populate large-scale worlds and create crowds with tens of thousands of believable AI agents. This release delivers UX improvements, CPU performance gains, and memory usage optimizations. In addition, the MassEntity processors are now automatically multithreaded. 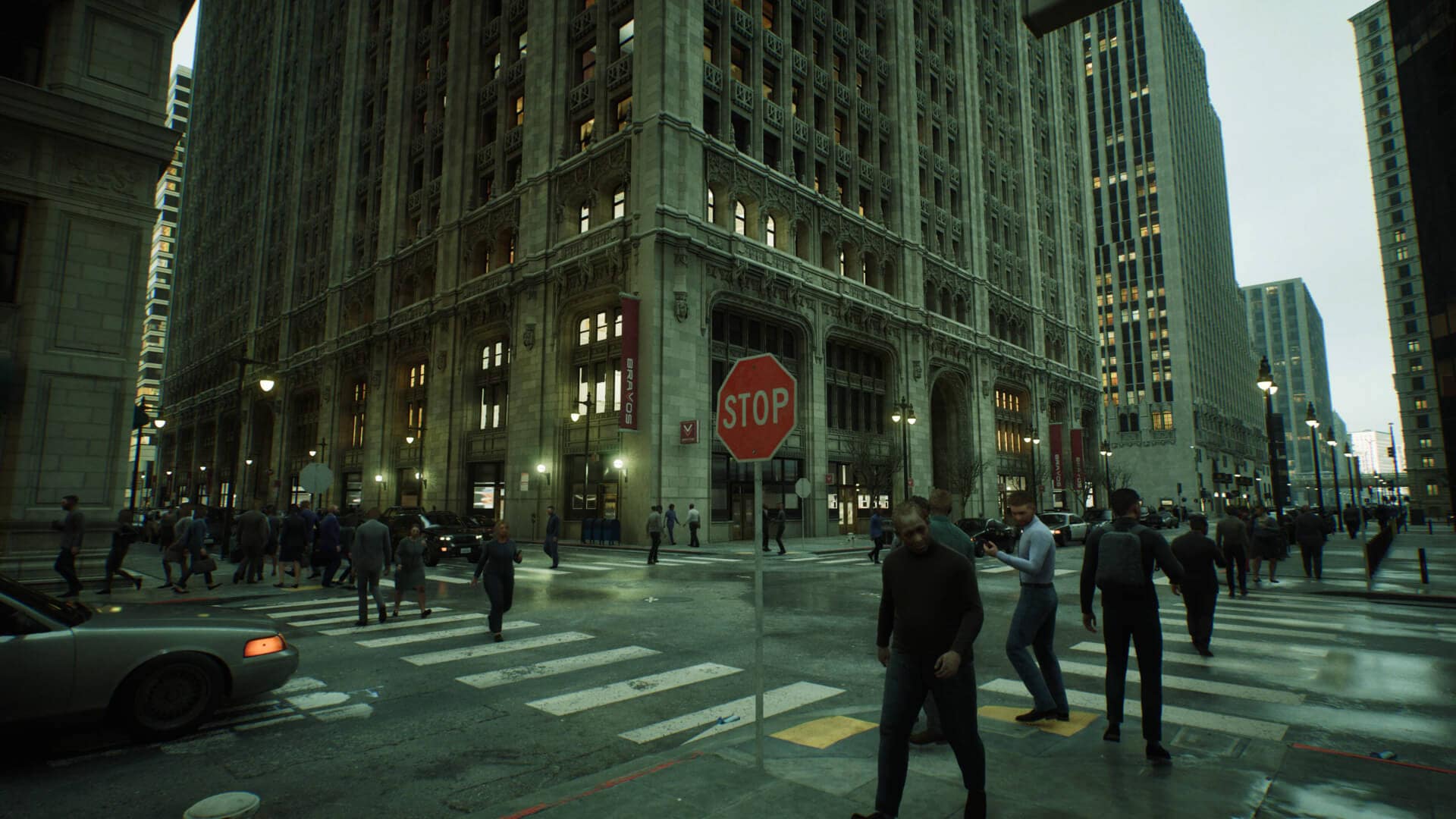 TM & © WBEI | TM & © Epic Games
Smart Objects are objects placed in a level that AI Agents and Players can interact with. These objects contain all the information needed for those interactions. In this release, Smart Objects have received general stability and workflow improvements that make it more convenient to set up Smart Object Definitions.

State Tree is a general-purpose hierarchical state machine that combines the Selectors from behavior trees with States and Transitions from state machines, enabling you to create highly performant logic that stays flexible and organized. This release includes improved Actor and Blueprint-centric workflows, increased flexibility and modularity, and memory optimizations.

If you’re an existing Unreal Engine user, you can download Unreal Engine 5.1 from the Epic Games launcher. If you're looking to dive in for the first time, click the link below to get started. Either way, we hope you enjoy all the new features and upgrades.
Get started now 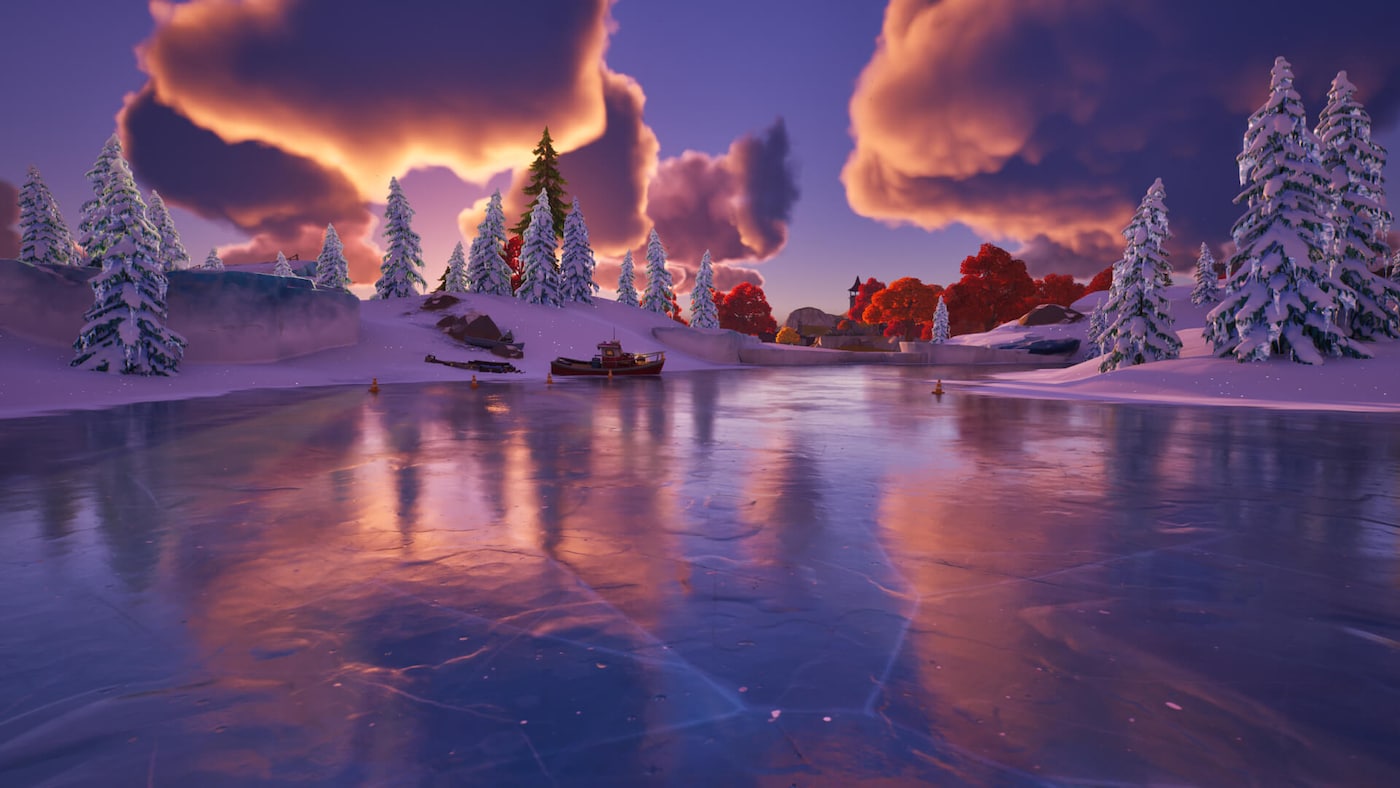