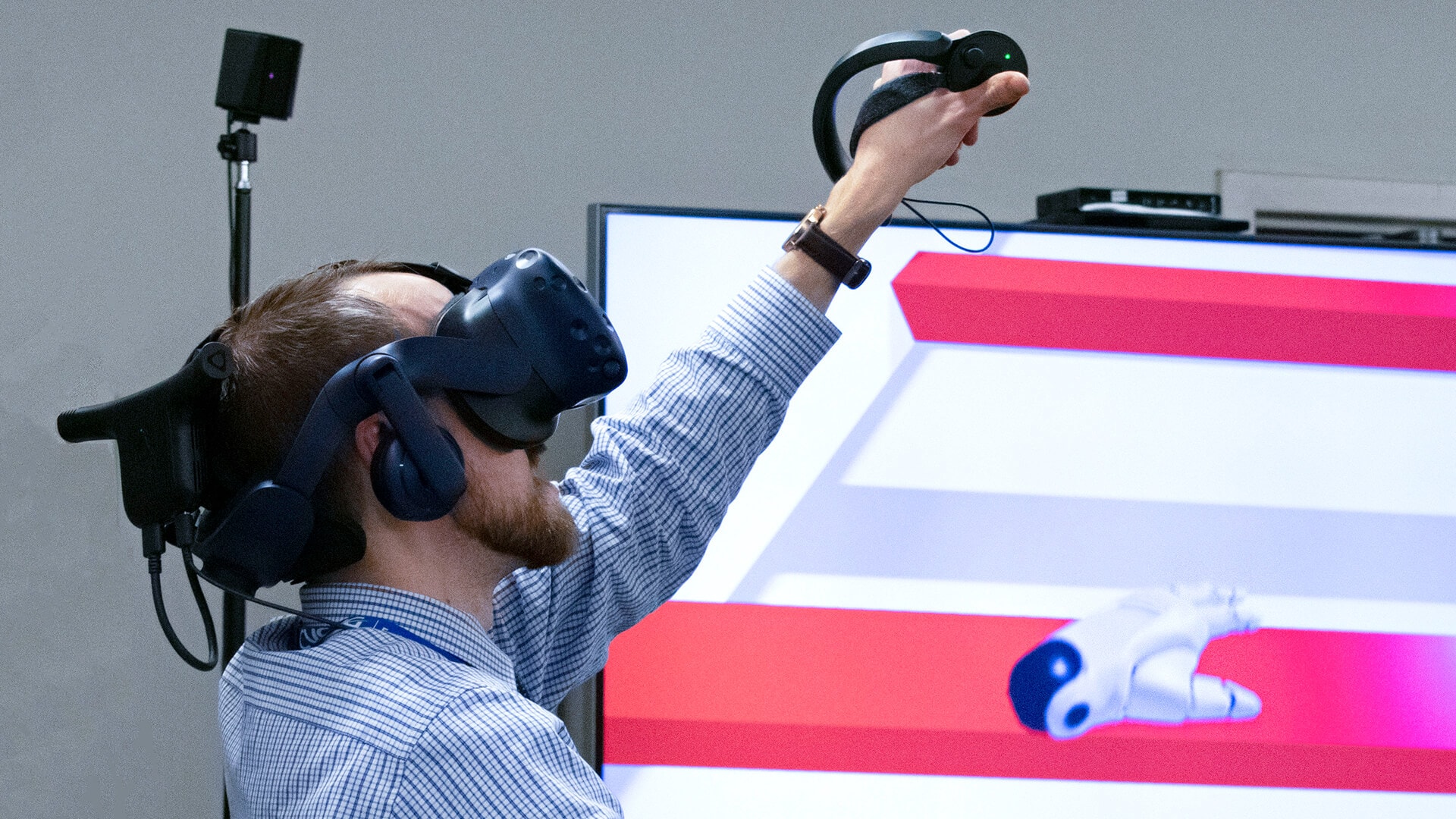 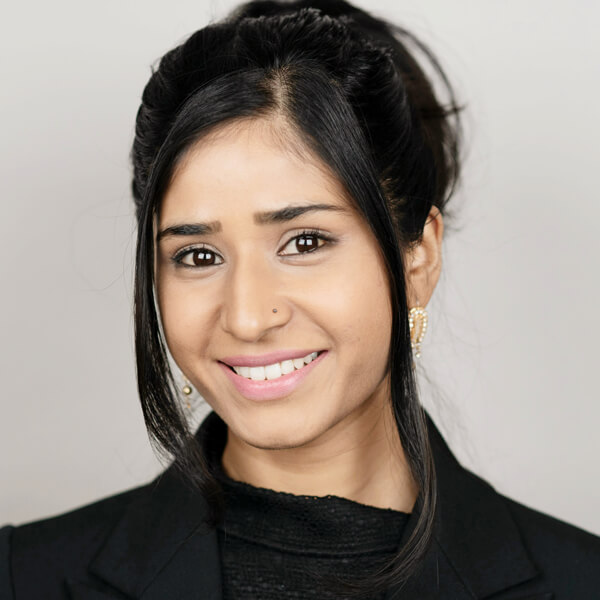 Raised between Pakistan and Thailand, and educated internationally, Myra has a multi-faceted view of the many cultures of the world. As the Founder of VR Perspectives, she's in a unique position to increase understanding of cultural differences, assumptions, and bias through virtual reality.
Diversity and inclusion have long been a challenge of the workplace, one that major corporations have attempted to meet via mandating training through seminars, videos, and role-playing.

But how well does it work? While behaviors might be managed, the attitudes behind those behaviors are harder to change.

VR Perspectives, an Ohio-based company that specializes in inclusiveness training for leaders, aims to make such training more personal and effective through immersive VR experiences. In the VR Perspectives world, an individual takes on a specific persona in an office scenario, and works through the scenario as that person. 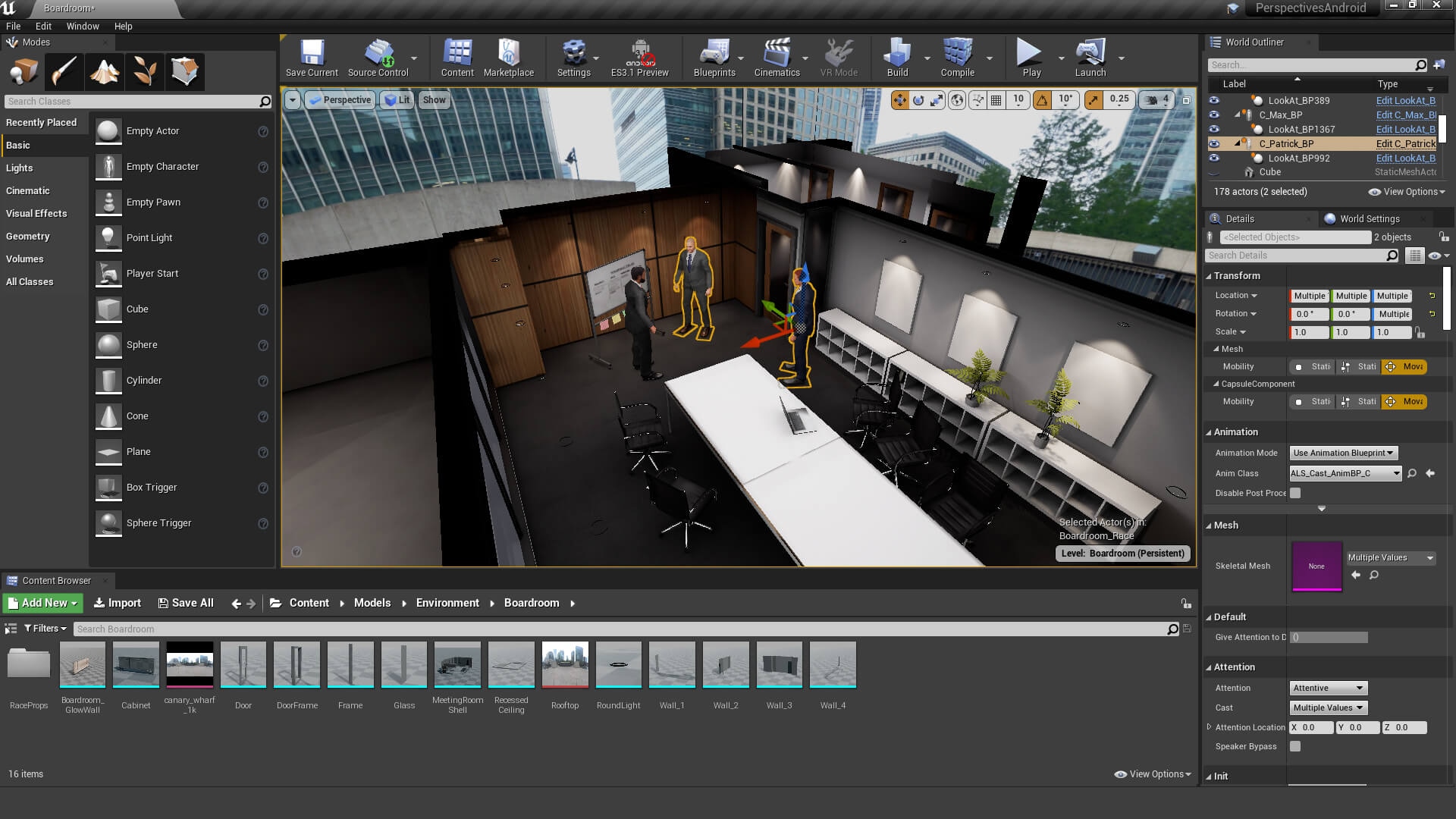 I like to create experiences where people gain a new understanding of the underlying structures that dictate how they see the world and interact with it. Witnessing those "Aha!" moments is the best feeling.
”
- Myra LalDin
“I saw VR as a great empathy tool, where you can stand in someone else's shoes and gain perspectives that you can't get any other way,” says Myra LalDin, Founder and CVO (Chief Visionary Officer) of VR Perspectives. “You can learn what it’s like by experiencing it yourself, not by someone telling you about it.”
In VR, the other characters’ body language, eye contact (or lack thereof), and other micro-cues mirror the aggregate experiences that gender and race groups have reported, and participants emerge from each experience feeling as if they’ve lived it themselves. “Often, they come out with strong emotions about the way they were treated as that person,” says Myra. “This creates an autobiographical memory—the strongest kind of memory—with much more impact than if they’d viewed it from the outside.”

From cross-cultural beginnings to VR

Myra was born and raised in Pakistan but attended international schools with children from all over the world, and formed an interest in intercultural relations at an early age. After studying cross-cultural business management in college, she went on to explore cognitive science and behavioral theory as a graduate at Harvard University.

“Having grown up in multiple countries, I've had the opportunity to experience all these cultures, people, and languages, and get these different perspectives,” says Myra. “Reading about these differences, or watching a video, just doesn’t give the same level of understanding as experiencing them.” 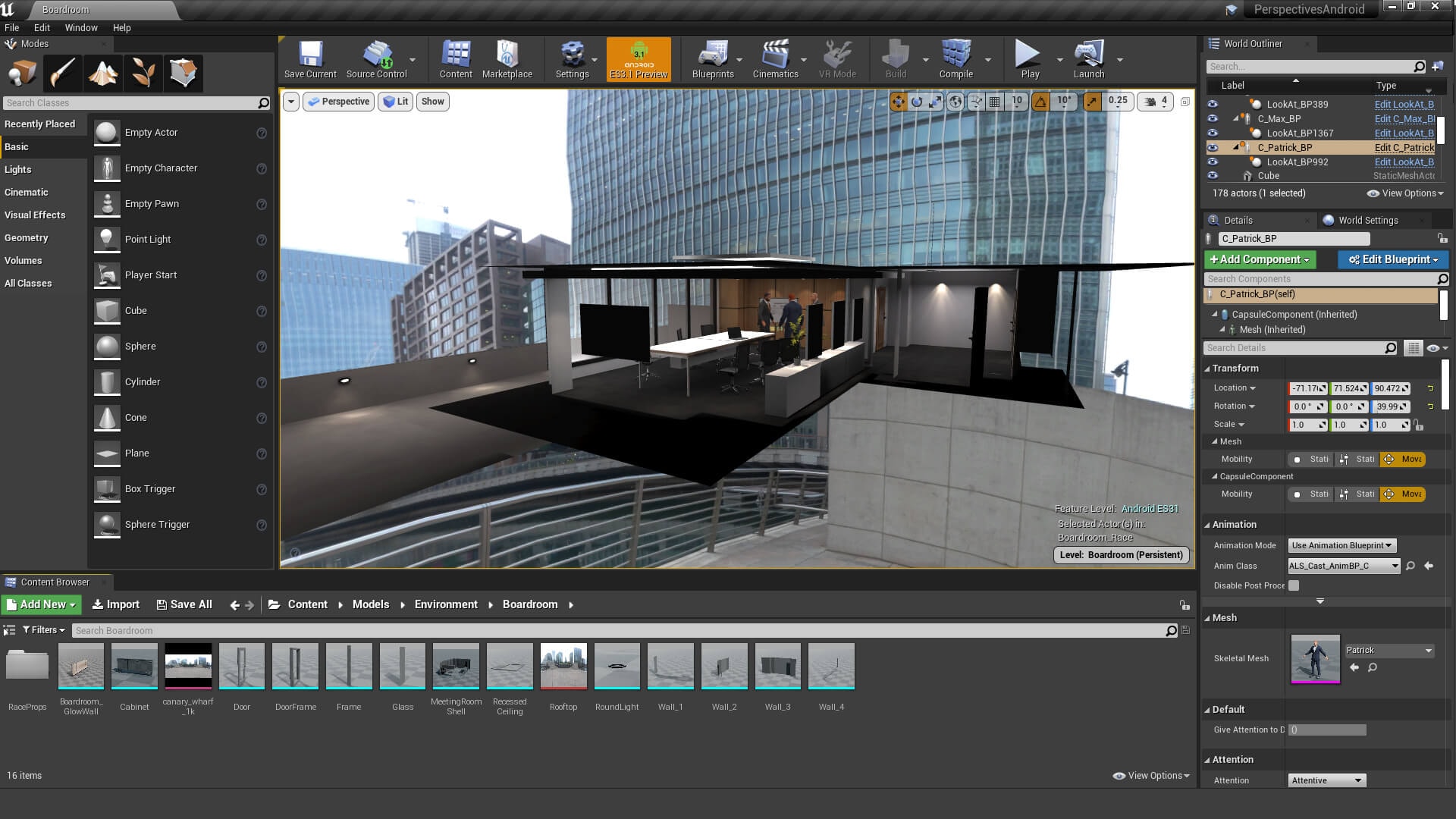 The parent company, VECTRE, led by Myra as CEO, develops custom enterprise solutions for clients like General Electric and Procter & Gamble. Myra entered the VR space because of the potential she saw for a leadership training tool on the social and emotional side. “One of my favorite sayings is, ‘A fish does not know water until it discovers air,’” she says. “That’s like us with our norms and culture—we aren’t even aware of them. I want to help people question the water they swim in daily.”

To that end, VR Perspectives spun off as a company dedicated to creating VR experiences that provide participants with more of a “you are there” feeling. With very little instruction beyond how to use the VR gear, users are invited to be someone else in VR.

“This training is for everyone,” says Myra. “We don’t single out any one gender or race to go through it.” She adds that traditional bias training can feel punitive, where participants are told that certain behaviors are “wrong” or “bad”. VR Perspectives’ training, on the other hand, doesn’t include any such commentary.

“I wanted to create something exploratory, where we don’t tell you what to think about it,” says Myra. “You go in and learn on your own, and come to your own conclusions. With learning tools and facilitated discussions, you learn from one another, and create the culture you want from your firsthand experience.”

The scripts and scenarios are developed from Myra’s primary research through in-person interviews and surveys, along with secondary research from top consulting firms including Deloitte and McKinsey & Company.

"There’s already a lot of research on this topic out there,” says Myra, “but I find it important to have face-to-face interviews and feedback so I can relay the emotion and the pain that comes from having to experience these subtle acts of exclusion day after day. We want to mirror that feeling in our users.” 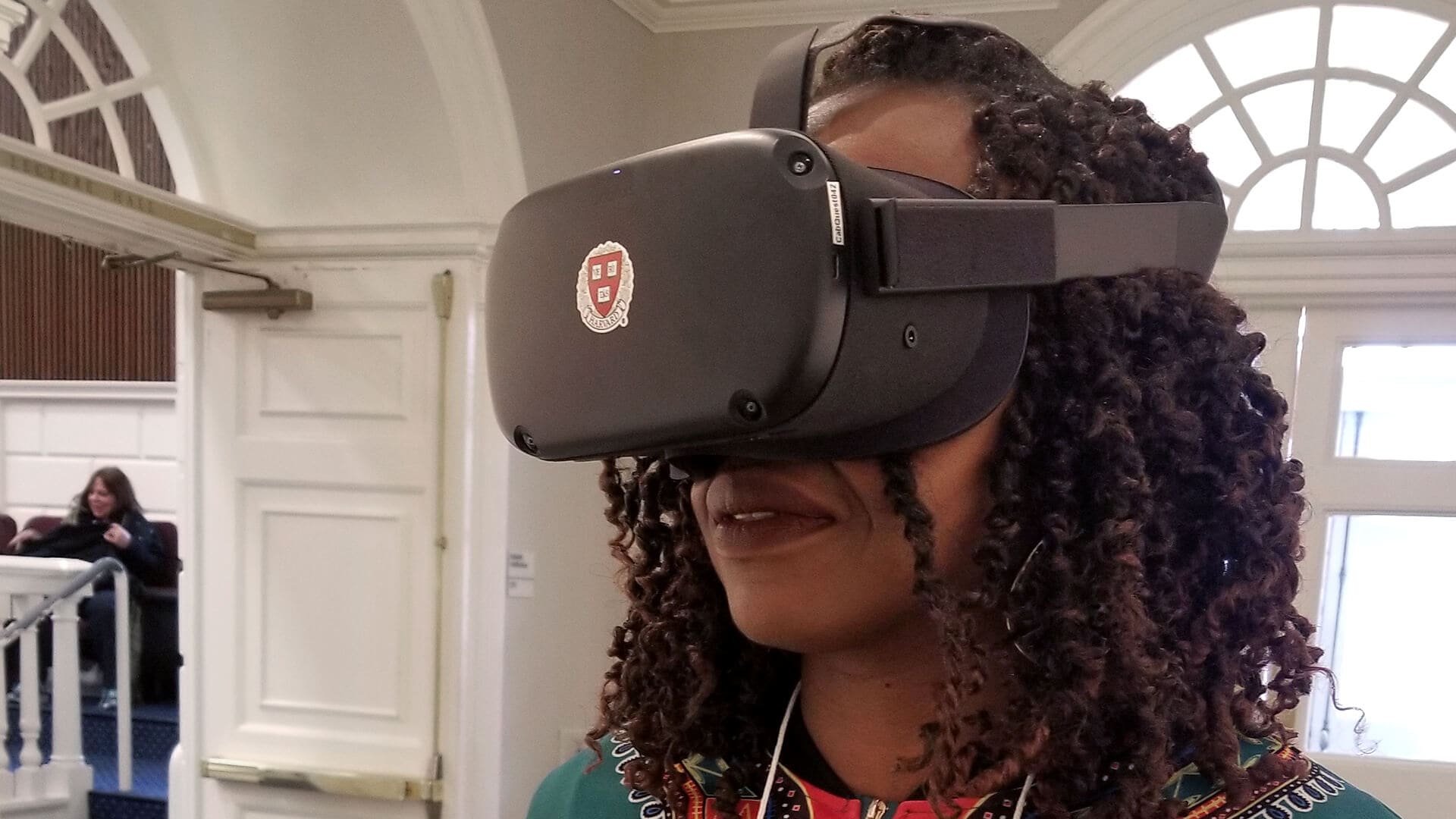 Developing a learning experience in VR

A challenge for any real-time experience is keeping the frame rate high while still providing a convincing environment. One way VR Perspectives achieves this goal is by careful design of the office scenes.

“The first thing a user does when they get into VR is look around,” says Mickey Stewart, Lead Artist at VR Perspectives. “We make an effort to keep the office environment populated enough to be convincing, but not so complicated as to distract them. After they’ve had a good look at the office, we want them to focus on the other characters and what’s happening in the scenario.” 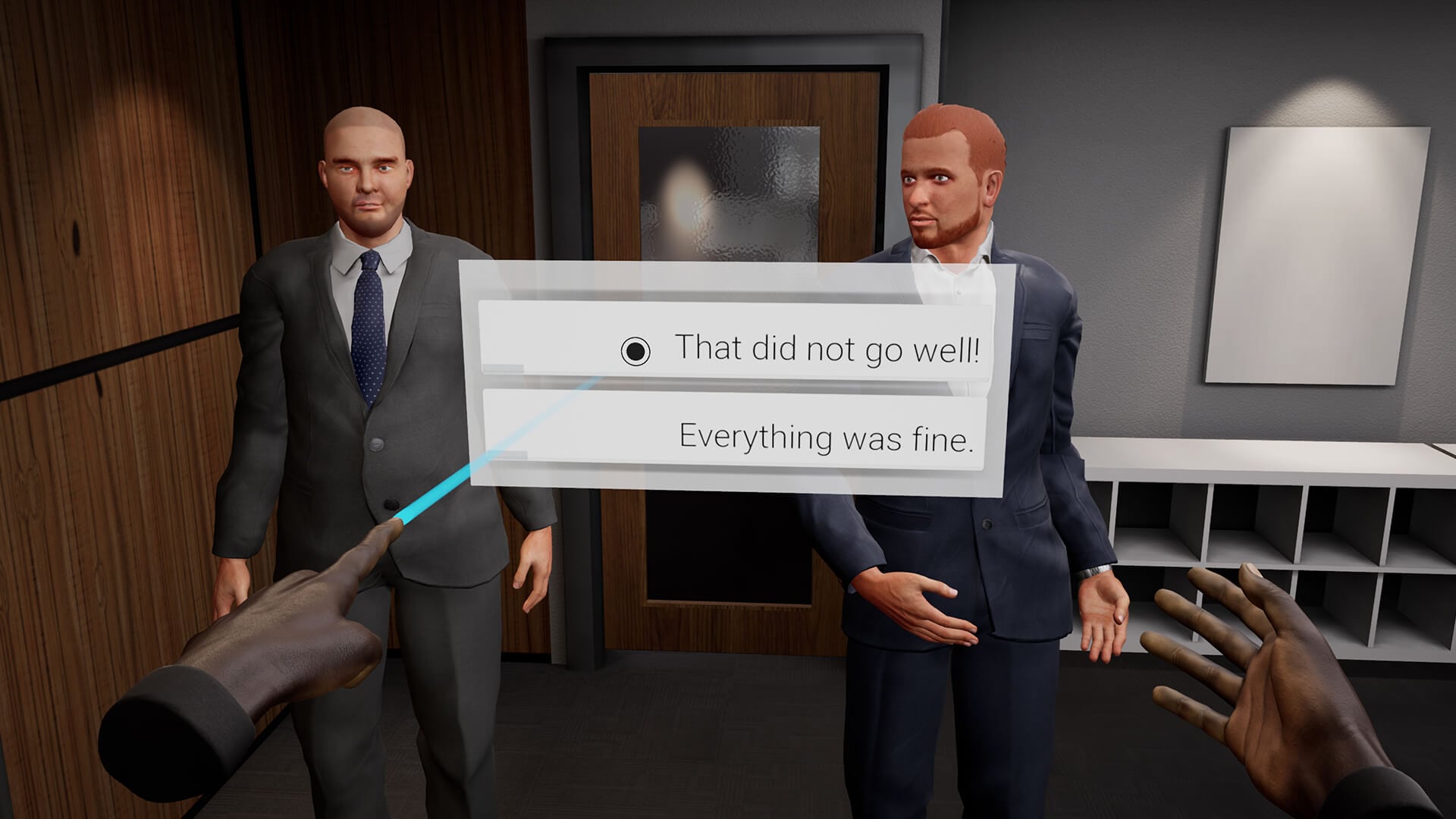 The team is also diligent about making the environment as interactive as possible. “There are things like staplers, pens, pads,” says Parth Naik, Lead Programmer at VR Perspectives. “We make sure you can pick them up and move them, throw them around.”

One of the things Mickey appreciates about a real-time experience is that there’s an immediate connection between what the user is doing and what they see in the VR headset. “When I look at you, I'm looking at you,” he explains. “If someone’s not making eye contact with you, it’s a fast track to exploration in this field.”
Each experience also includes an opportunity to choose how your character responds to the scenario. At intervals, you can choose to point out the behaviors that are making you uncomfortable, or let it slide. This adds the dimension of emotions a person would feel when either accepting the scenario without comment, or bringing up issues and risking being dismissed as too sensitive.

Choosing Unreal Engine as a platform

When the team started its venture into real-time production, they had a choice of engines, but the quality of the imagery out of Unreal Engine sealed the deal. “The visuals crushed it,” says Michael Ballentine, Lead Technical Artist at VECTRE. “Unreal Engine was the clear winner.”

As for Parth, he uses the Blueprint Visual Scripting system for quick prototyping, which is especially important when multiple stakeholders will be iterating on a scenario. “I can make something in ten minutes and let other people experience it,” he says. “You throw it out, you test it, and then you come back and you build on it. That's one of the biggest points of using Unreal. It’s the best, performance-wise and memory-wise.” 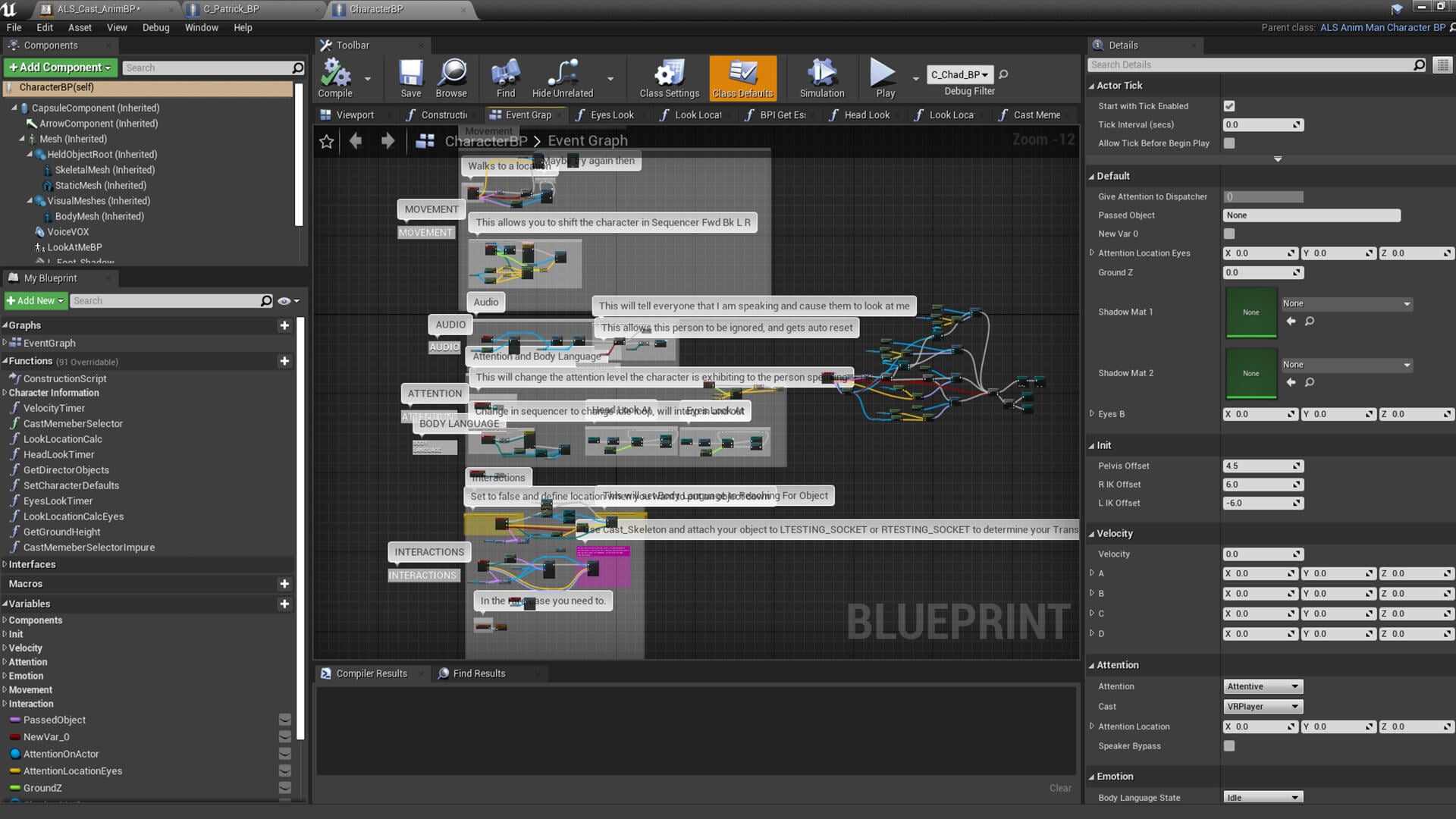 The team initially used facial capture to generate specific emotions in characters’ faces, but they ended up going with keyframe animation with a common skeleton shared amongst all characters. With this library of facial expressions, VR Perspectives has developed a pipeline in Unreal Engine Sequencer for rapidly prototyping scenarios. “We parameterized emotions,” says Mickey.” You can basically pick intent emotion, and then you feed it animation, and the character does as we predicted. Which is kind of cool.”

VR Perspectives isn’t going for Hollywood-level graphics, but rather, enough to get the participant involved and engaged. Even with such modest goals, the results are telling. “To have all that happen to you firsthand—people talking over you, the boss not even acknowledging you—users have visceral reactions,” says Myra. “They get annoyed. They throw things. They get teary-eyed. Sometimes, they even try to punch the characters.”

While the company develops VR inclusion experiences primarily for Oculus Quest, they expanded to other platforms during the COVID-19 lockdown period, releasing desktop and mobile versions to make the technology more accessible.

Myra has found that while many companies find VR training on diversity and inclusion interesting, widespread adoption is still in the future. “Because it's such a new technology, it's very slow, but we’ve gotten a lot of interest. For example, we have had GE, Procter & Gamble, and Nielsen as clients, and recently Amazon, Google, and the NFL reached out,” she says.

To this end, VR Perspectives applied for an Epic MegaGrant to continue developing the VR series, hoping to keep the team free from the usual investor concerns over monetization.

Myra is confident about the future of such technology, with expansion beyond diversity and into the multicultural space with which she is well-acquainted. “I see a more global perspective,” she says. “I see leadership training. It's about social intelligence. It’s about raising your consciousness with regard to what's happening around you.

“Unreal has given us the tools to develop truly immersive experiences for tackling so many different topics—culture, environment, mental health, economic disparities. The possibilities are limitless.”

Interested in finding out how you could unleash Unreal Engine’s potential for training and simulation? Get in touch to start that conversation.
GET IN TOUCH