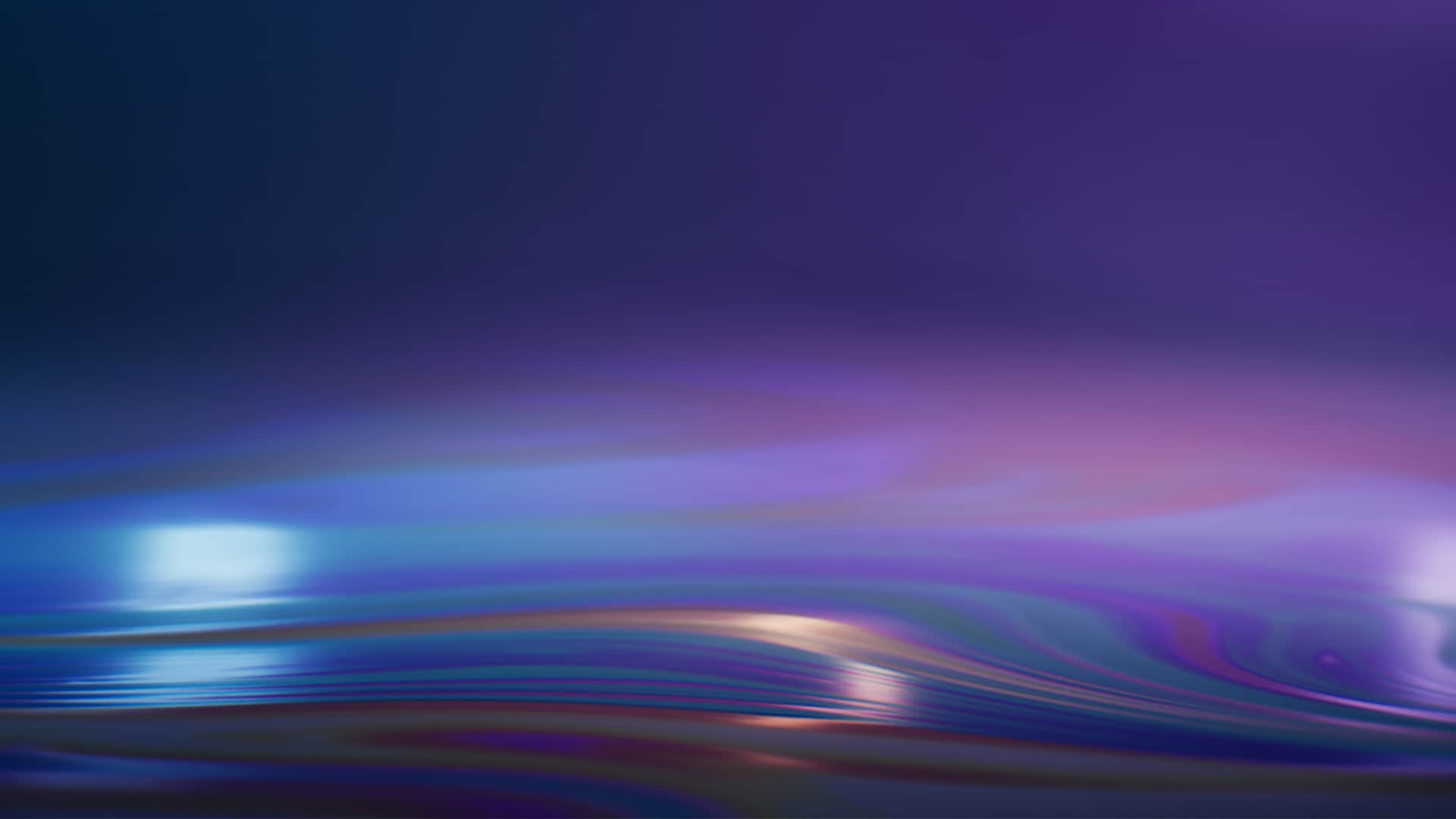 With this release, we aim to empower both large and small teams to really push the boundaries of what’s possible, visually and interactively. UE5 will enable you to realize next-generation real-time 3D content and experiences with greater freedom, fidelity, and flexibility than ever before.

As you may have seen, the new features and workflows have already been production-proven for game development in Fortnite and The Matrix Awakens: An Unreal Engine 5 Experience demo.

Meanwhile, although some major new features like Lumen and Nanite have not yet been validated for non-games workflows (this is an ongoing goal for future releases), all creators will be able to continue using workflows supported in UE 4.27. But they’ll also benefit from a redesigned Unreal Editor, better performance, artist-friendly animation tools, an extended mesh creation and editing toolset, improved path tracing, and much more. See the documentation for full details. 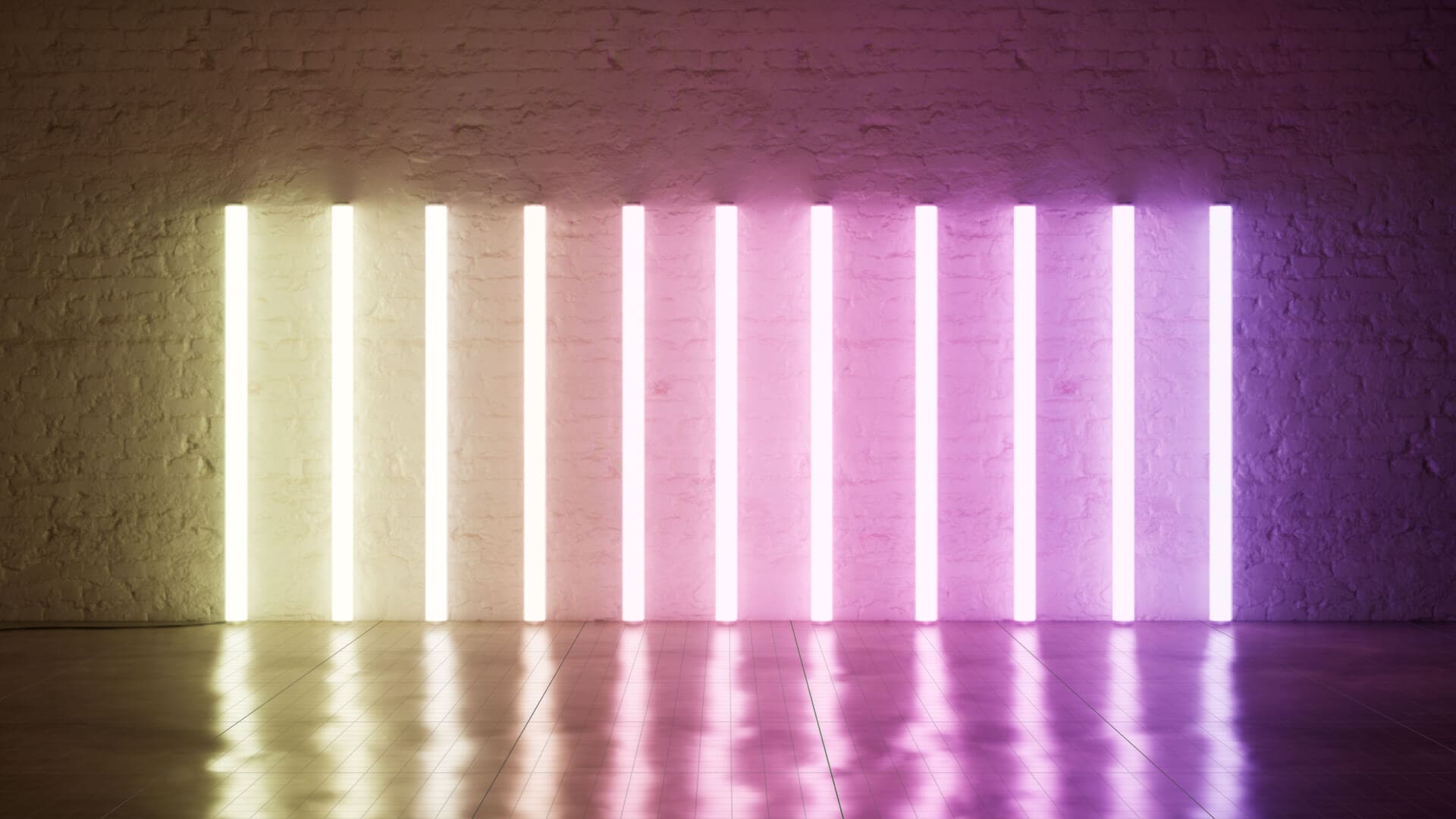 First off, there’s Lumen—a fully dynamic global illumination solution that enables you to create believable scenes where indirect lighting adapts on the fly to changes to direct lighting or geometry—for example, changing the sun’s angle with the time of day, turning on a flashlight, or opening an exterior door. With Lumen, you no longer have to author lightmap UVs, wait for lightmaps to bake, or place reflection captures; you can simply create and edit lights inside the Unreal Editor and see the same final lighting your players will see when the game or experience is run on the target platform.

Not to be outdone, UE5’s new virtualized micropolygon geometry system, Nanite, gives you the ability to create games and experiences with massive amounts of geometric detail. Directly import film-quality source art comprised of millions of polygons—anything from ZBrush sculpts to photogrammetry scans—and place them millions of times, all while maintaining a real-time frame rate, and without any noticeable loss of fidelity. 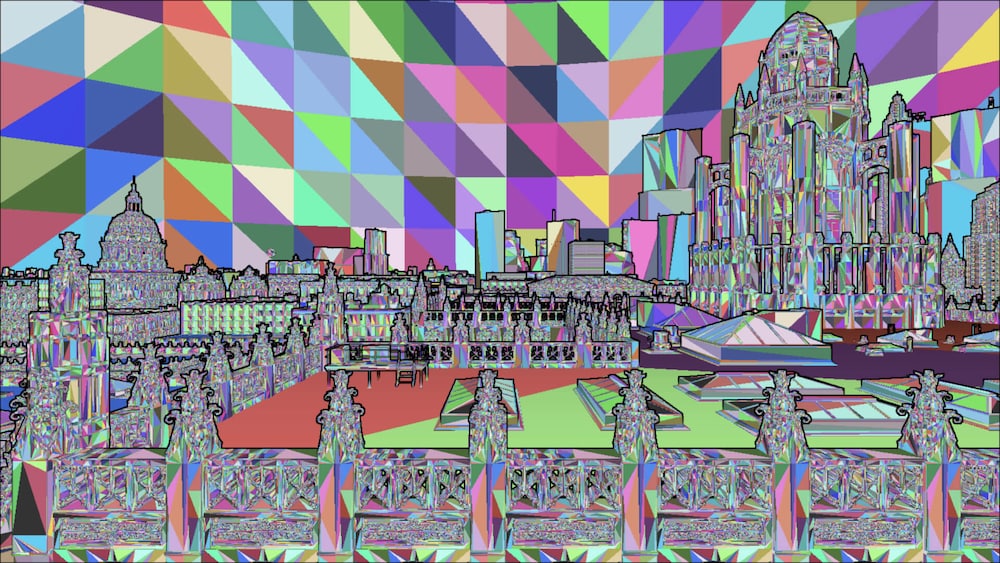 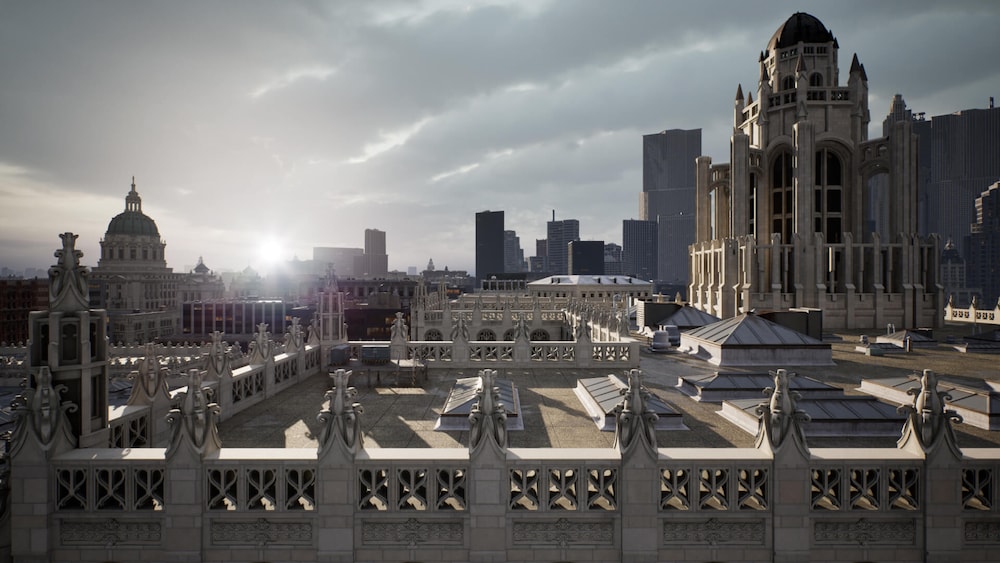 Specifically designed to work well with Lumen and Nanite, Virtual Shadow Maps (VSMs) provide plausible soft shadows with reasonable, controllable performance costs. Nanite and VSMs intelligently stream and process only the detail you can perceive, largely removing poly count and draw call constraints, and eliminating time-consuming work like baking details to normal maps and manually authoring LODs—freeing you up to concentrate on creativity.

One of our ongoing goals is to make the creation of Open Worlds faster, easier, and more collaborative for teams of all sizes. With Unreal Engine 5, a new World Partition system changes how levels are managed and streamed, automatically dividing the world into a grid and streaming the necessary cells.

Team members can now also simultaneously work on the same region of the same World without treading on each other’s toes, thanks to a new One File Per Actor (OFPA) system, while with Data Layers, you can create different variations of the same world—such as daytime and nighttime versions, or intact and broken geometry—as layers that exist in the same space.

And finally, we’ve laid the groundwork for creating absolutely massive worlds in UE5—without the need for rebasing or other tricks—with initial support for Large World Coordinates (LWC), which uses double-precision values under the hood.

Constantly round-tripping with a DCC package to tweak and iterate on animation is time-consuming, tedious, and inefficient. With Unreal Engine 5, you can animate in context, reuse existing animations, and adapt animations to suit gameplay conditions at runtime.

For animation authoring, there’s a powerful new suite of artist-friendly tools that enable you to work directly in the Unreal Editor. Highlights include the ability to quickly and easily create rigs and share them across multiple characters with the enhanced, production-ready Control Rig, then animate them in Sequencer, where you can save and apply the poses with the new Pose Browser, and apply blended keys with undershoot or overshoot using the Tween tool. 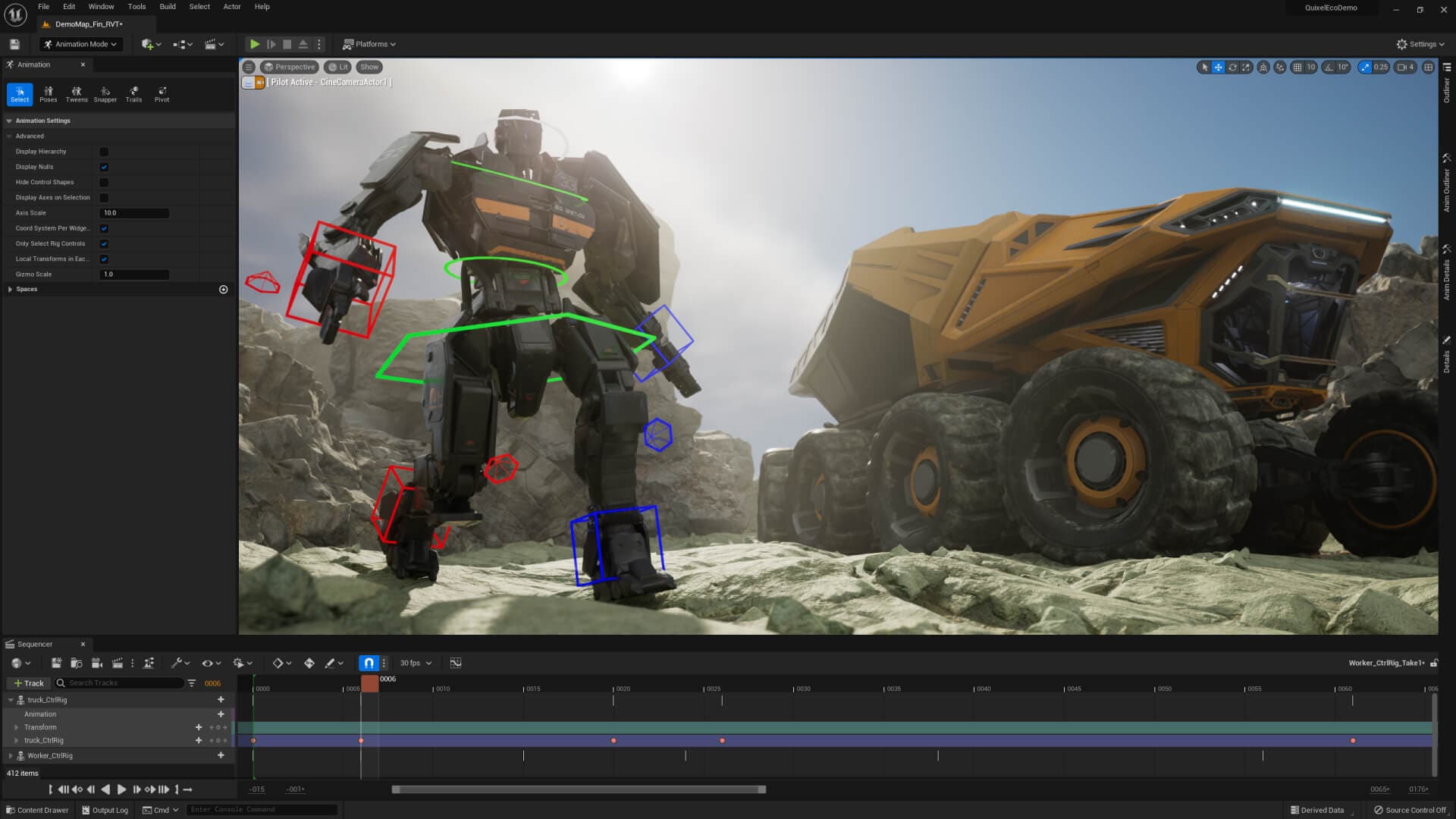 When time is of the essence, why reinvent the wheel? In UE5, an entirely new retargeting toolset enables you to quickly and easily reuse and augment existing animations. With IK Retargeter, you can transfer animations between characters with different skeletons and proportions—you could even retarget a human’s animation to a wolf, for example. Meanwhile, IK Rig enables you to do things like adjusting a character’s animation additively, such as making a moving character always look at a target.

There are also a number of new features that you can use to adjust animations at runtime to compensate for different gameplay scenarios—such as different speeds or terrains—for better believability and immersion. Motion Warping enables you to dynamically adjust a character’s root motion to align to different targets—for example, vaulting over walls of different heights—with a single animation. Meanwhile, you can use Distance Matching to control the play rate of an animation, and/or Pose Warping to dynamically adjust the pose to better match the motion of the in-game character.

Animation is not the only area where you’ll need to spend less time round-tripping with a DCC package. UE5 sees a significantly expanded and enhanced toolset for mesh modeling, UV editing, and baking; they combine to form a powerful workflow that enables artists to develop and refine assets right in the Unreal Editor. These tools are particularly useful when working with dense meshes, such as those generated using photogrammetry tools like RealityCapture or by kitbashing Quixel Megascans.

There’s a massive array of new and enhanced tools for mesh creation and editing, representing a fundamental leap forward. These updates—which also include multiple enhancements to core modeling, sculpting, and remeshing and simplification—are supported by architectural advancements that create the framework for future tools. Watch this space!

Equally importantly, we've significantly updated and expanded the suite of UV editing tools. A new UV Editor panel offers support for laying out, selecting, transforming, and cutting and sewing UVs in 2D space; viewing, copying, adding, and removing UV channels; automatic unwrapping; and previewing in 3D with a checker or custom texture. There are also improvements to Project UV and Auto UV.

Last but not least, the baking and mesh attributes toolset has been significantly expanded. The new baking tools offer improvements in normal, AO, and vertex baking, while multi-sampling, texture filtering, UV layers, and N to 1 baking are also key features of the updated toolset.

It’s time for a makeover! Unreal Engine 5 sports a modernized appearance, streamlined workflows, and optimized use of screen real estate, making it easier, faster, and more pleasing to use.

With Quixel Bridge now fully integrated, you have direct drag-and-drop access to the entire Megascans library, with no separate download steps. It’s part of the new Create menu that offers a single location for acquiring content and creating and placing Actors, with easy drag-and-drop workflows and one-click access to recently used Actors making it much faster and easier to populate your scene. 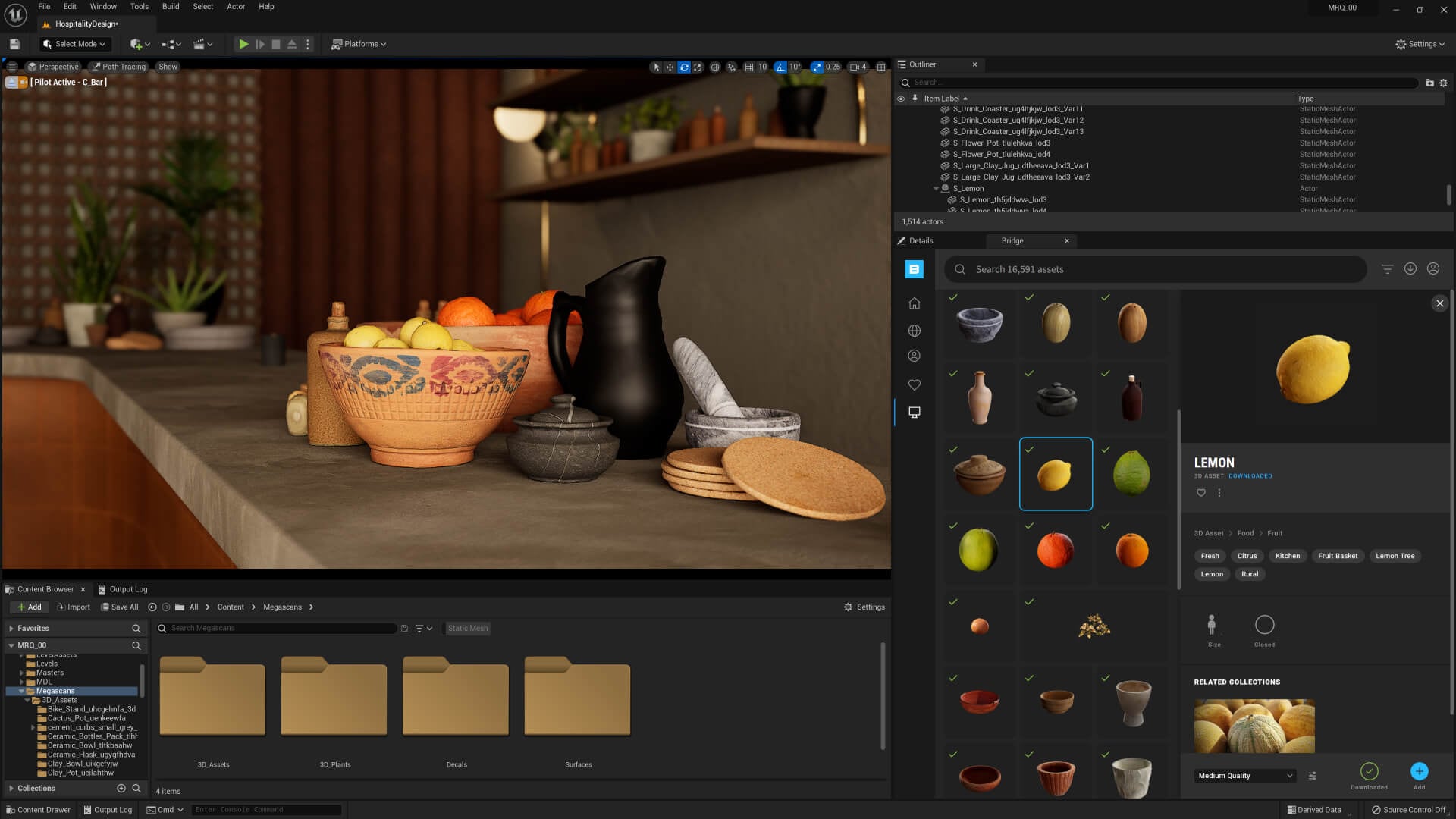 To free up more space for viewport interactions while still keeping tools and content within easy reach, we’ve added the ability to easily summon and stow the Content Browser via a hotkey or button and to dock any editor tab to a collapsible sidebar.

In addition, there’s faster access to the properties you’re looking for in the Details panel, with both a favoriting system that keeps frequently used properties at the top of the panel, and a new Section bar for one-click access to groups of related properties.

And finally, there’s a faster, easier workflow for creating new projects from a single unified screen.

MetaSounds is analogous to a fully programmable material and rendering pipeline, bringing all the benefits of procedural content creation to audio that the Material Editor brings to shaders: dynamic data-driven assets, the ability to map game parameters to sound playback, huge workflow improvements, and much more.

Introduced in Unreal Engine 4.27, the Path Tracer is a DXR-accelerated, physically accurate progressive rendering mode that requires no additional setup. For those creating still imagery or linear content, it enables you to produce offline renderer-quality imagery right from Unreal Engine, and in a fraction of the time.

In Unreal Engine 5, the Path Tracer delivers enhancements in stability, performance, and feature completeness, including support for hair primitives and the eye shader model, and improvements in sampling, BRDF models, light transport, supported geometries, and more. 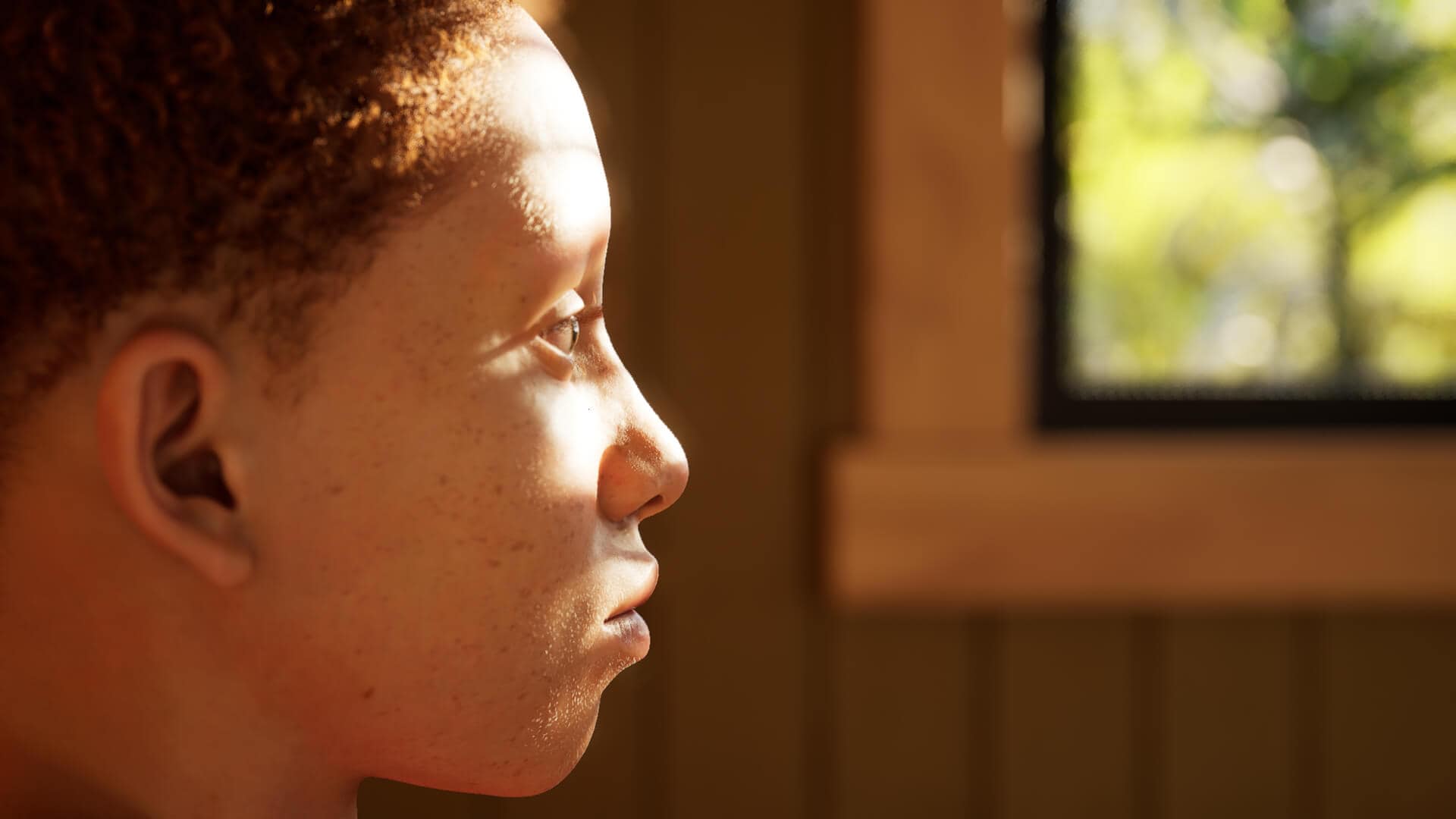 And that’s not all!

To help you explore all the new features in Unreal Engine 5, we’re offering two free sample projects for you to download. 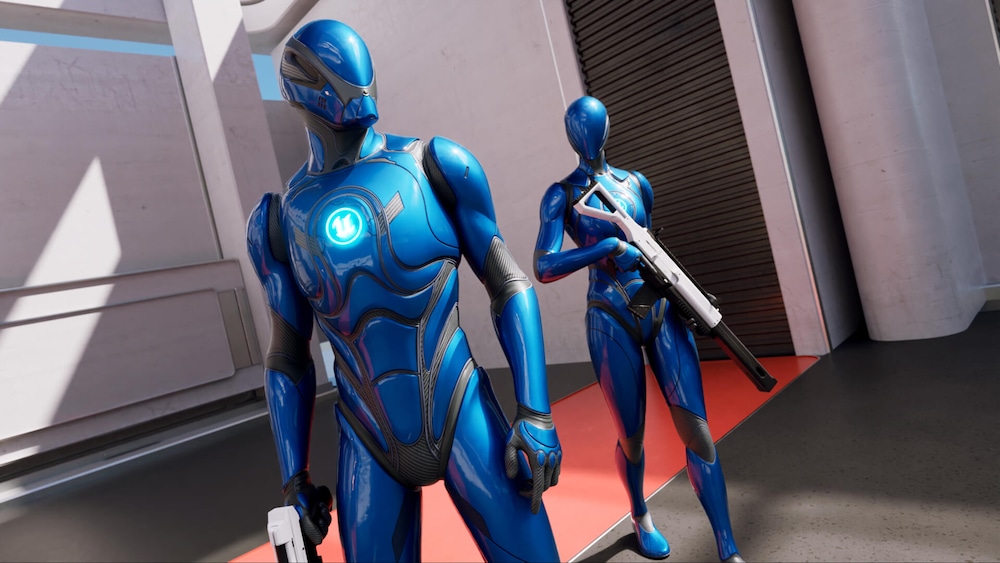 Lyra Starter Game is a sample gameplay project built alongside UE5 development to serve as an excellent starting point for creating new games, as well as a hands-on learning resource. We plan to continue to upgrade this living project with future releases to demonstrate our latest best practices.
Download now

The City Sample is a free downloadable sample project that reveals how the city scene from The Matrix Awakens: An Unreal Engine 5 Experience was built. The project—which consists of a complete city with buildings, vehicles, and crowds of MetaHuman characters—demonstrates how we used new and improved systems in Unreal Engine 5 to create the experience. In addition to the complete sample, the content is available in separate packs, so you can download just the vehicles, for example.
Download now 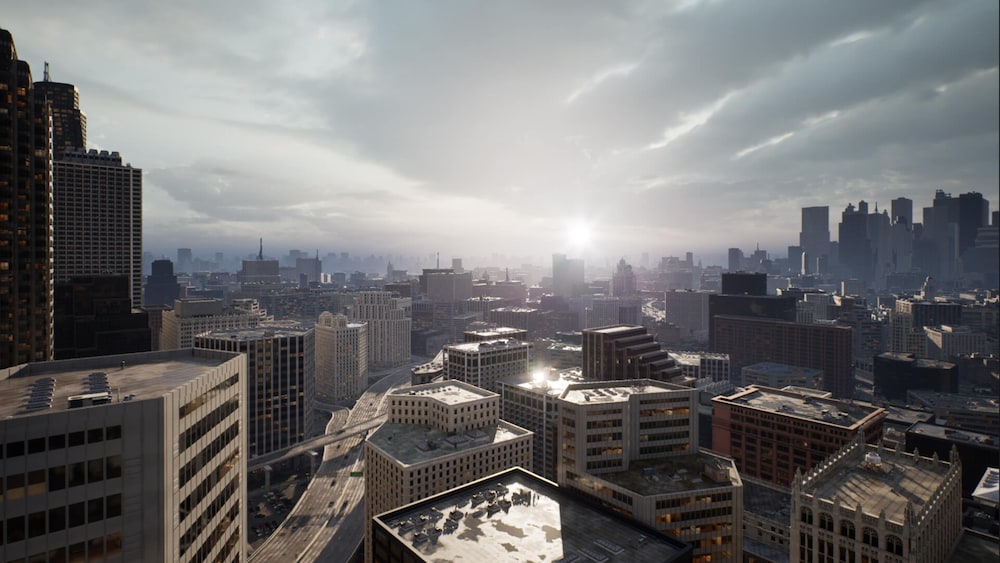 For more UE5-compatible content, visit the Unreal Marketplace. Throughout the day, top creators will be releasing hundreds of paid and free products. Be sure to check them out!
Download now

If you’re an existing Unreal Engine user, you can download Unreal Engine 5.0 from the Epic Games launcher. If you're looking to dive in for the first time, click the link below to get started. Either way, we hope you enjoy all the new features and upgrades, and as always, we encourage your feedback!
Get started now