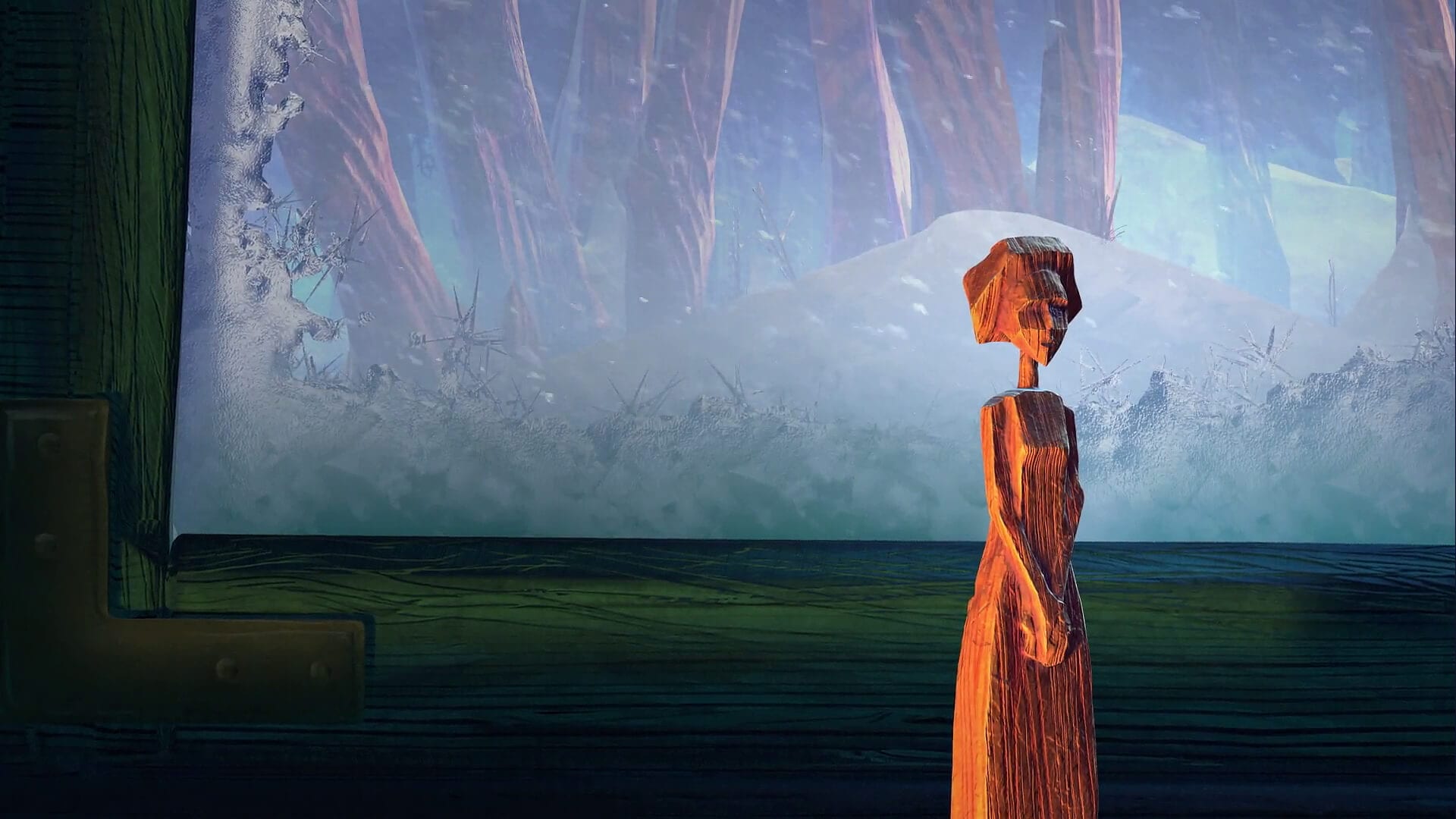 No render farm required: How Untold Studios made an animated short in the cloud

According to Head of Production Carl Phillips, the secret to such impressive growth is simple: Untold Studios was built for the future. “We were the first fully cloud-based studio in the world,” he explains. “We pioneered the use of cloud technology and worked in partnership with Amazon Web Services to overcome the challenges of working in a full cloud setup.”

Though it was a brave act, being the first to implement a cloud setup was worth it. The team has now received both BAFTA and EMMY nominations for their work, and the pipeline was so successful that for their latest co-production with DSG animation, Malanca, Untold Studios decided to push the boundaries of cloud technology even further. They aimed to use Unreal Engine to create the real-time animation⁠—all while using entirely virtual machines.

A unique folktale brought to life

Directed by Dragos Stefan, Malanca tells the story of Doru, a teenager from a fractured family who lives in a village at the edge of an ancient forest. Though his father doesn’t provide any support or guidance, Doru hopes to free his mother, who was kidnapped by forest beasts, by facing their terrifying leader Dima. 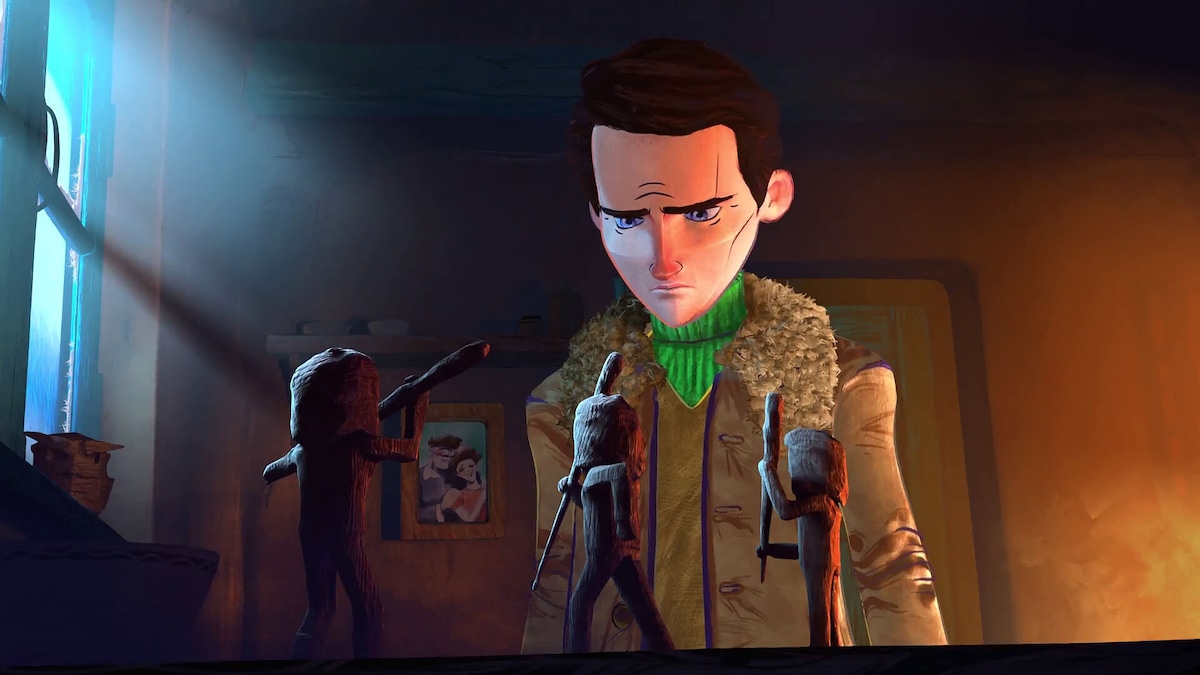 Image courtesy of Untold Studios
The story and concept art instantly appealed to the Untold Studios team. “We were fascinated by the unique style of animation. Japanese anime in spirit, but European in its look and feel,” Phillips remembers. “It felt like the perfect project to begin experimenting with Unreal Engine: By using [Unreal Engine] in the cloud, we knew that even though Dragos and his team were based in Bucharest, we could work with anyone, anywhere, just as if they were in the same room.” 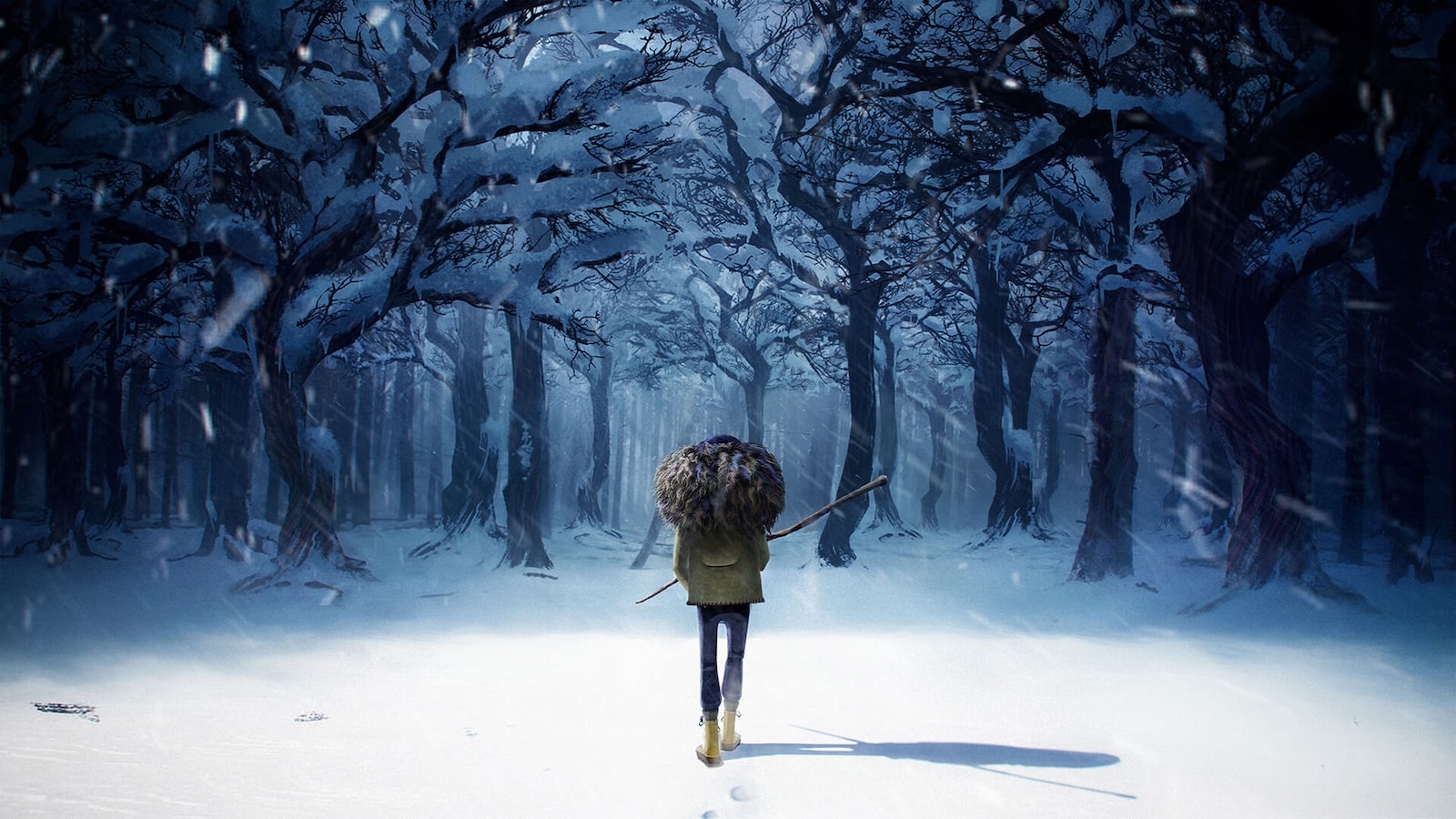 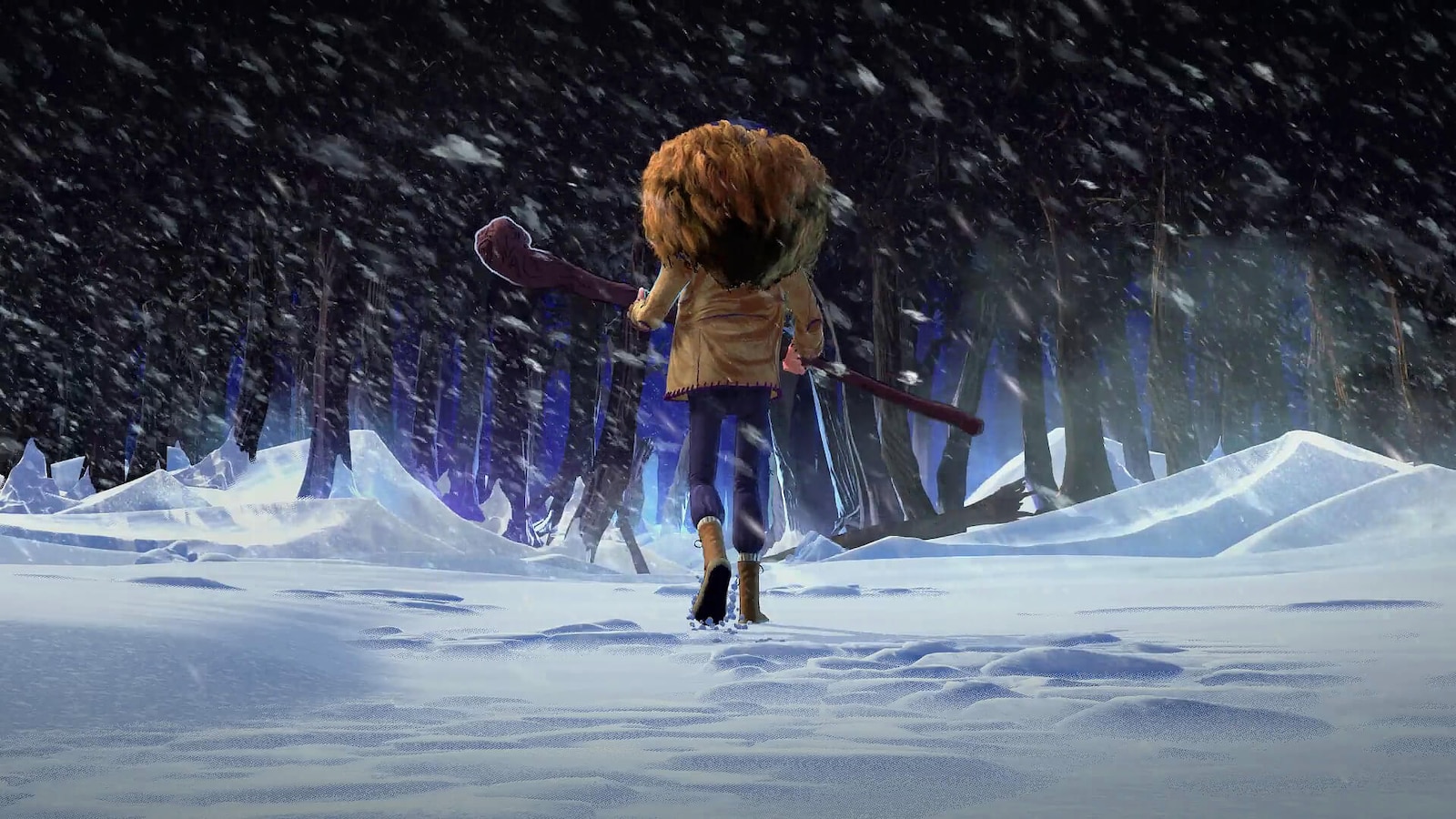 Image courtesy of Untold Studios
...to final.
The only problem was that at the time, Untold Studios didn’t actually have a solution for working with Unreal Engine in the cloud. With the help of a MegaGrant, the team began developing a custom-made, end-to-end system using basic cloud EC2 instances and an automated data management solution that would optimize storage costs.

“Our cloud system was still in its infancy, so we initially decided to stick to a traditional modeling and animation workflow in Maya,” explains Simon Legrand, Real-Time Supervisor at Untold Studios. “We then wrote a patch that baked all rigs and animation to FBX. We also wrote Python scripts within Unreal Engine that would batch import and update all our animation and camera data into the sequence.”

Once the assets, including characters, animations, and Niagara FX were all imported, all set layouts were created entirely in Unreal Engine, which was used to control everything from environment design to lighting. This meant the team could create and modify final-pixel, high-resolution renders on the fly—without the need for a massive render farm or high-spec machines on site. All the heavy lifting was done remotely as everything was in the cloud, and everyone on the team could access the project openly.
Image courtesy of Untold Studios

The benefits of real time in the cloud

“I think everyone who worked on Malanca would agree that the biggest advantage to the workflow was that what you see is what you’ll get,” says Legrand. According to him and Stefan, being able to test different camera lenses and animation in real time with full assets, lighting, and FX was a huge advantage to the team. 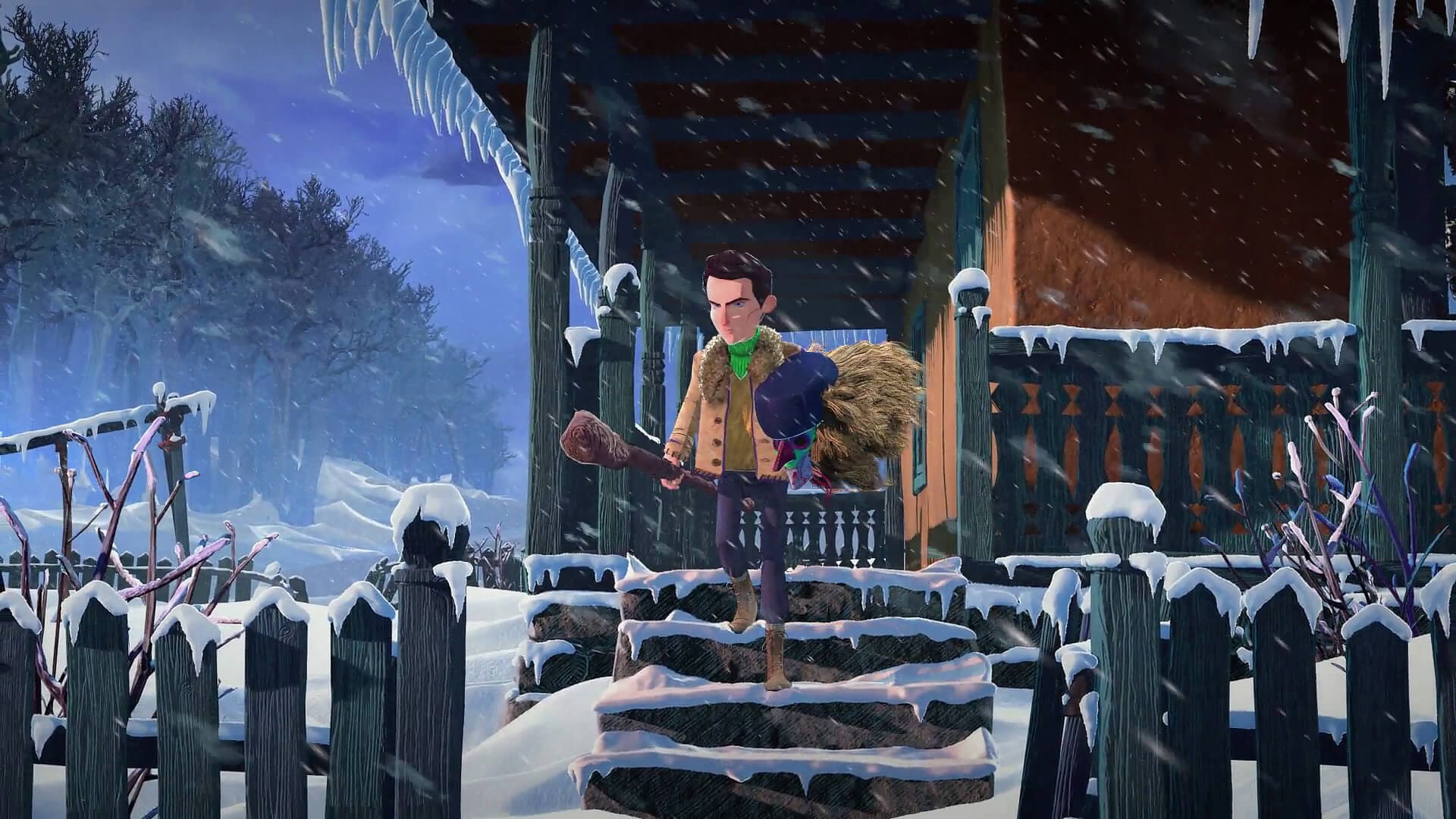 Image courtesy of Untold Studios
The new pipeline made everything faster than ever, as artists could incrementally advance from a very rough animatic featuring placeholder objects to a final render, all while working from the same timeline. “Once the final animation was complete, instead of a massive render farm which typically comes with its own bugs and problems, the cloud pipeline meant we could render everything locally in Unreal Engine, a software that is completely free,” Legrand continues. “The huge cost savings could then be used for other things like more artists, developers, or Marketplace purchases.”

By the time work on the Malanca was complete, final pixels came straight out of Unreal Engine, with very little post-production aside from some grading and conforming in Nuke. For Untold Studios, it was the beginning of a new creative era, one where Unreal Engine is now set to be used throughout everything from VFX through to indie VTuber projects. “We’re even considering developing our own indie game down the track,” reveals Legrand. 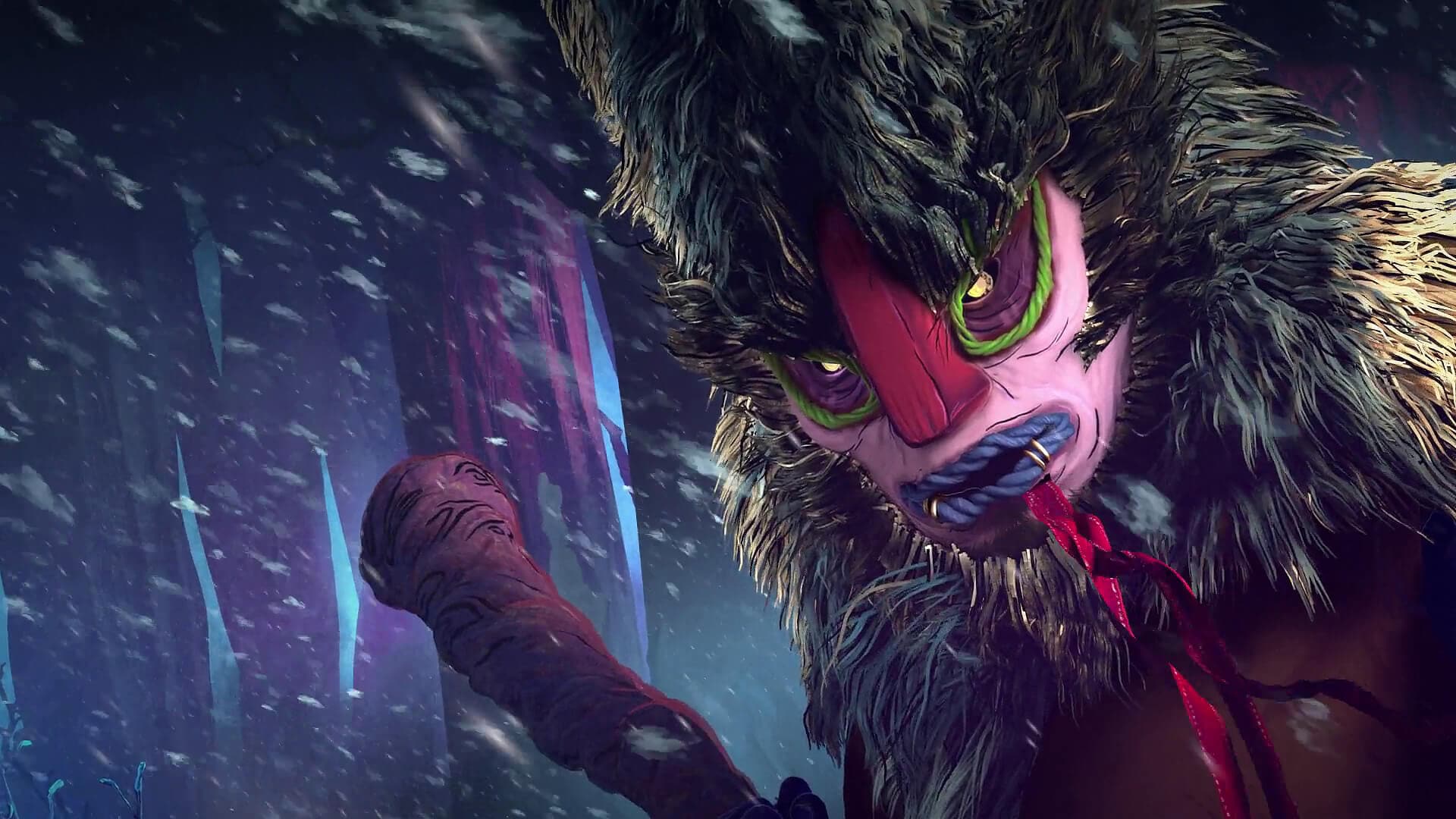 Image courtesy of Untold Studios
“Initially, real-time workflows can require a bit more upfront development to make sure that everything is optimized and stable, but once that’s done, things can start running incredibly fast. You can really start churning through tons of work at breakneck speed. This one single factor allows so much experimentation, and all in the context of the whole timeline, not just one shot. That’s why we believe Unreal Engine will surpass the traditional pipelines that currently dominate the industry.”